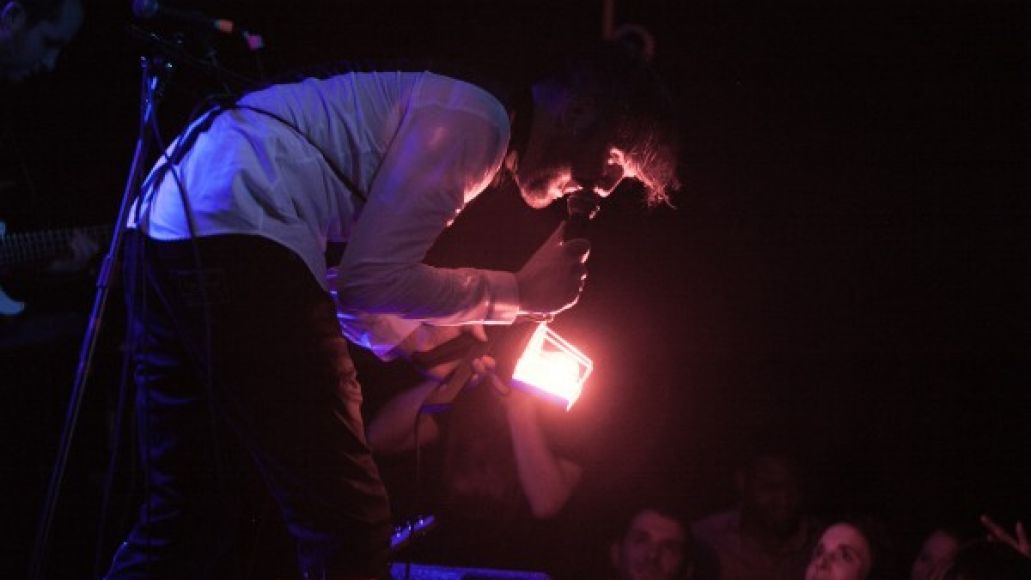 On the face of it, the Hoxton Square Bar & Kitchen may not sound like the place to host your band’s Christmas show but its culinary reference is apt as Tuesday night’s fare offered a feast of contrasting independent music. The fashionable venue where North meets East London was suitably full as sufficient souls eschewed the dubious delights of competing office parties for some real live sounds. Playing songs from her debut album, Silvern, Jess Bryant was first on the menu. The youthful, pretty singer intrigued with her gentle jazz-inflected meanderings. Aided by a proficient band, including a drummer who seemed especially tuned to the mood of Bryant’s ambient music, the singer stood out of the spotlight softly picking an electric guitar and using her voice almost as an extra instrument. Her songs might have lacked instant recall live but carry the promise of substance.

An unexpected treat followed in the shape of a young trio from Kasabian’s home town of Leicester, Little Night Terrors. Guitarist and lead vocalist Andy Stone looks like the younger brother of Doves frontman Jimi Goodwin and employs a similar vocal rasp that adds real character to his delivery. The band breezed through a set of impressive power rock-pop tunes with instant hooks, edge, and energy. All three can really sing and the harmonies were sharp and spot-on throughout. Big things in 2013 surely await. 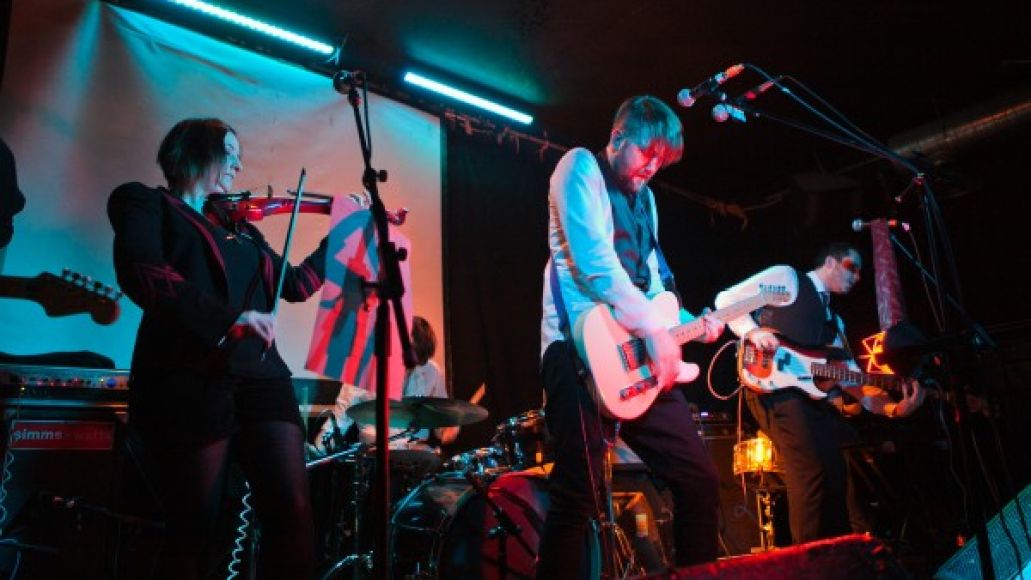 Then again great things have been predicted for Revere for some time now and, commercially speaking, the band continues to knock on largely unreceptive doors. However, artistic integrity and honest endeavour remain as strong as ever and it was great to see Tuesday evening’s headliners back in the spotlight to deliver an absolute killer of a set. Revere seemed to be re-energised and this was evidenced in how the seven-piece, augmented by a trio of brass players, balanced old and new material. The new sounded more fully formed and the old fresh and reinvigorated.

Guitarist Seb Pidgeon and bassist Russell Cook have replaced long time members, Jonathan Fletcher and Andrew Hawke, both of whom had been pretty integral to the band’s creative output. Neither new man seemed fazed by history, though. This was Pidgeon’s live debut with Revere and the lead guitarist visibly grew in confidence as the set progressed so that by the end the transition was pretty seamless. Bassist Cook offered a vibrant presence on stage allied to some nimble work on the fretboard. 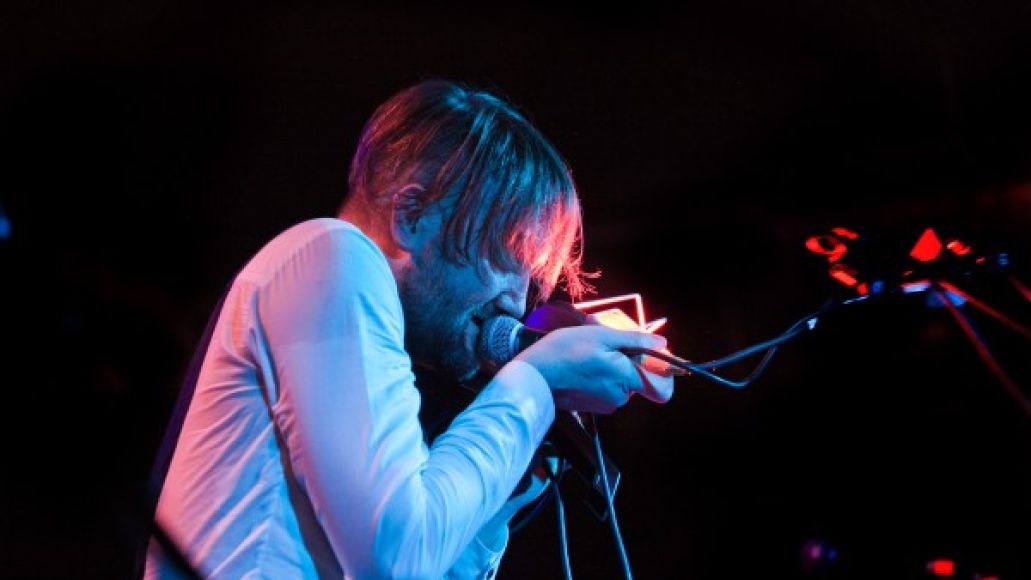 With three-minute songs now in the repertoire to balance the seven-minute epics, the set list appeared to have been carefully chosen to engage a large crowd of loyalists and newbies. The expressive and commanding lead singer Stephen Ellis was in fine form and shone even when frequently confronting the wall of sound that his own guitar helped construct. Ellis is a passionate performer, able to mix theatrics as in wielding a red lamp during the storming “We Won’t Be Here Tomorrow”, with quiet belief as in the soft opening to the stirring “Throwing Stones”, while constantly battling two microphones set on independently minded stands.

At times the sound level threatened to overwhelm but the dynamics were still there in the moments when violin, cello, and keyboard made their mark. For a band with a characteristically epic sound, drummer Marc Rollins was always a key player, providing the requisite pyrotechnics with real control and purpose. They closed their set with the live debut of new track “Maybe We Should Step Outside”, before their most famous work,”The Escape Artist”, provided an inevitable, popular encore. In step with the dynamic of the evening, the band raised bars and roused spirits in creating the most tuneful cacophony imaginable.

Looking at the sweat-soaked players crowded on stage at the end and then departing through the crowd rather than to a chilled dressing room, it was clearer than ever that Revere demand and deserve a far, far bigger stage.

Setlist:
Intro (As yet untitled track…)
I Won’t Blame You
Keep This Channel Open
As The Radars Sleep
Tadoma
Throwing Stones
Solomon Says
A Road From A Flood
Don’t Look Up, Hannah!
Fold Up Your Flag
We Won’t Be Here Tomorrow
These Halcyon Days
Maybe We Should Step Outside
Encore:
The Escape Artist