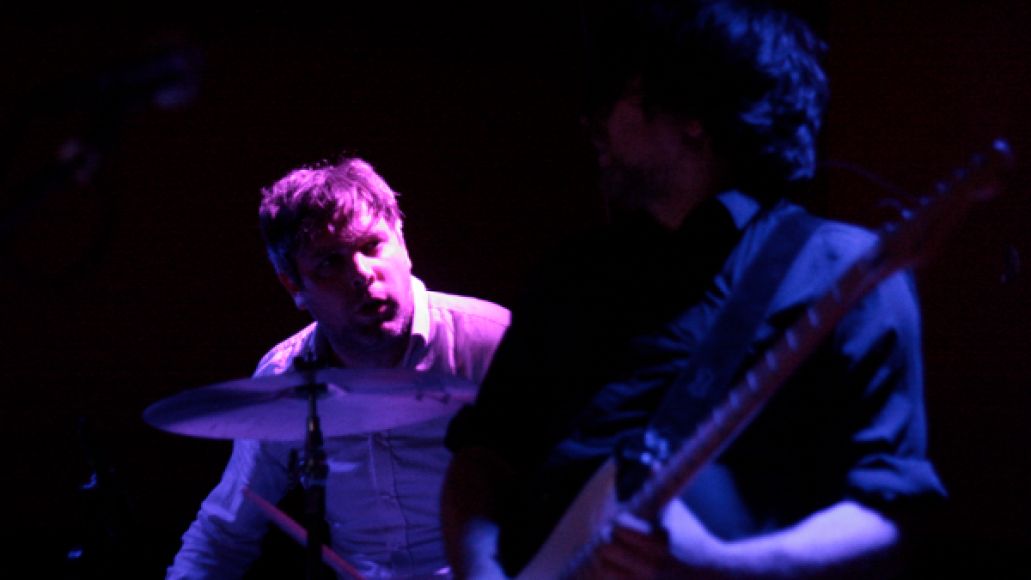 Ben Chasny is infatuated with the sound a string makes when you propel it into motion. His prolific work under the Six Organs of Admittance moniker has birthed all sorts of tonal excursions–journeys to the center of just how a string sounds when it’s vibrating. (Drone, as some like to call it.) It’s interesting, then, that the same guy who stares for hours at a few buzzing, elongated notes from a set of steel strings can cause such a racket, at least when he feels like it. Touring behind the newest chapter in Chasny’s staggering prolificacy, the fuzz-laden Ascent, Chasny and his touring band displayed an obsession with metallic riffage at the DC9 last night — one that was hardly seen on 2011’s Asleep at the Floodplain.

There were no acoustic guitars. Chasny wasn’t trying to convince anybody of that particular machine’s progressive potential. Instead, Chasny and a band that included John Shaw of the Magik Markers on rhythm guitar and Casey Keenan of Major Stars on drums, played stoner-metal psych jams without the pot smoke. Though it’s clear that the Ascent material has Chasny cutting a little looser than usual, this was serious stuff, and there was no room for burnt-out errors. “I swear I’m not high at all,” Chasny joked, nervously admitting he needed to re-tune his guitar toward the set’s end. It had gotten that way, no doubt, thanks to the previous ravaging. Chasny never cracked a smile during any of his soloing, which at times bore slight resemblance to the raga-influence found in some of his acoustic work, while also nodding to the blurry stoner-metal canon. 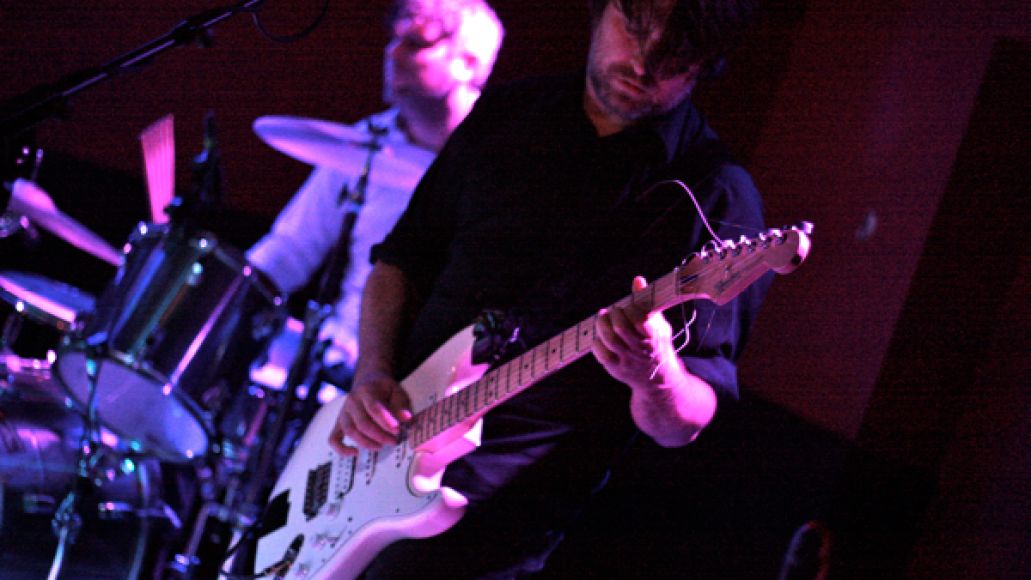 During cuts like mini-epic Ascent opener, “Waswasa”, Chasny’s wrist hummed across the bridge of his guitar with furious control. His movements were deadpan; this was raucous, deliberately unrefined, raw power. On Ascent’s “Close to the Sky” (an electrified re-imagining of an acoustic song from 2003’s Compathia), messy auxiliary rhythm guitar and a walking bass-line kept the two main ingredients on their bloodthirsty toes: Casey Keenan’s drums and Chasny’s lead assault.

Keenan’s drum work was monumental. Like Dirty Three’s Jim White or Zach Hill, it packed a big punch while simultaneously carving out weird pockets for off-the-cuff rhythms and fills without a second-thought. Chasny’s echoed, megaphone-muffled vocals rang out with eerie psychedelic understatement whenever Chasny wasn’t scurrying up and down the fretboard with seemingly no direction home.

Chasny closed out the set with two solo electric semi-ballads. One was a gorgeous, understated cover of “Roll that Stone” from Kevin Paul Godfrey’s post-Swell Maps project, Epic Soundtracks. It was a perfect way to end the evening for Chasny, a hard-working musician who never seems to run out of obscure obsessions.He’s always nodding to music that deeply moves him, yet alludes us. To date, Six Organs of Admittance remains a constant treasure trove of odd sounds and beautiful craft. Last night we got a taste of both, and our ears are still dealing with the consequences.