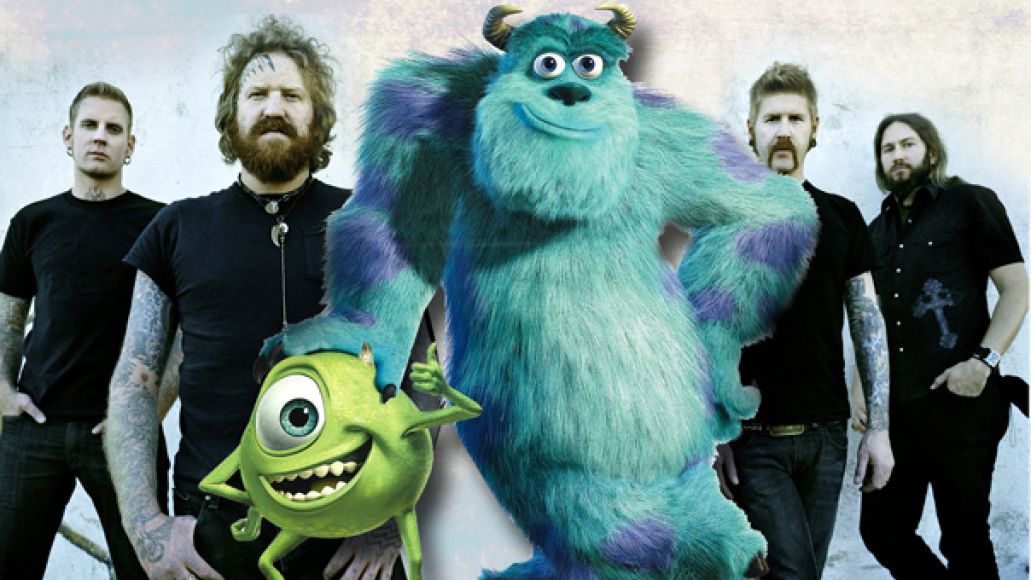 Move over, Randy Newman: Georgia sludge rockers Mastodon are writing songs for the new Pixar-helmed Monsters Inc. movie. Because market research has proven kids go bonkers over distorted guitars like it was a bowl of sugar-coated Froot Loops.

As Metal Injection points out, the band is writing and recording music for the prequel flick Monsters University, which is set 10 years before its 2001 predecessor and explores the relationship between Sulley (John Goodman) and Mike (Billy Crystal) as they attend school and plan lucrative careers as Scarers. The film hits theaters on June 21st, 2013.

While the soundtrack won’t drop until summer, it’s never too early to start guessing what the group’s life-affirming contribution will be. A virtual pat on the back and our eternal respect to the commentor with the best title, set of lyrics, or, for the truly motivated, some primo cover art.

This isn’t the group’s first foray into cartoons; in fact, they previously wrote the adorably-titled “Cut You With A Linoleum Knife” for the wholesome Aqua Teen Hunger Force Colon Movie Film for Theaters. Enjoy its accompanying scene alongside Billy and Susie below!