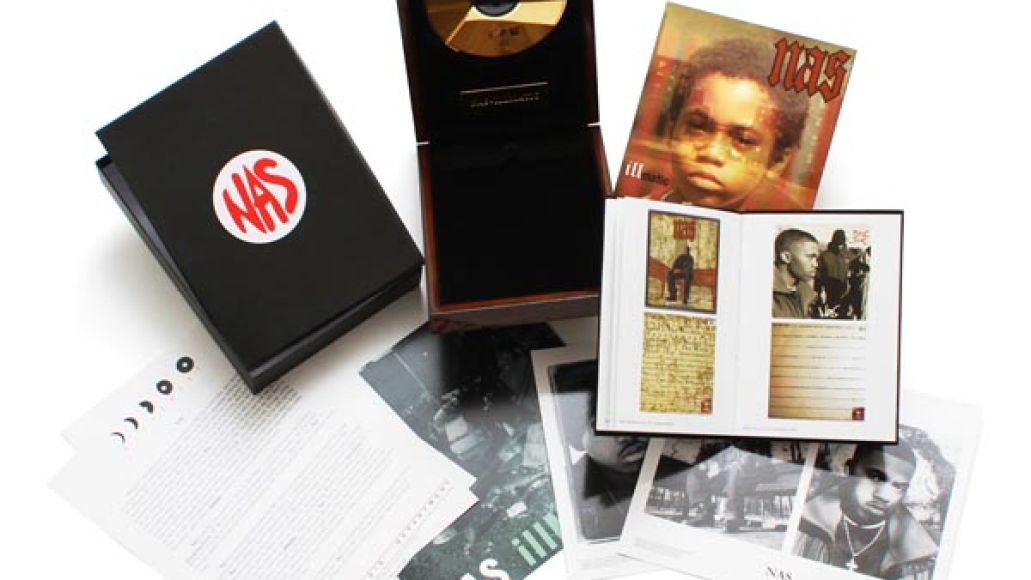 Don’t send that wishlist to Santa Claus just yet: Nas’ 1994 landmark debut, Illmatic, has received the deluxe reissue treatment from Get On Down. The album, widely considered to be the greatest of its genre, comes remastered and housed in a cherry-wood box that includes a 48-page hardcover book featuring photos, reproduced artwork, lyrics, and liner notes courtesy of The Source founder Jon Schecter.

The reissue is available in multiple configurations, specifically as a “gold” CD, LP, or deluxe CD/LP bundle. Get On Down is offering a variety of incentives for each, including reproduced posters and press releases. So, clearly, the world is yours for the taking — at a steal of $49.94.

Get nostalgic with the video for “It Ain’t Hard to Tell” below.