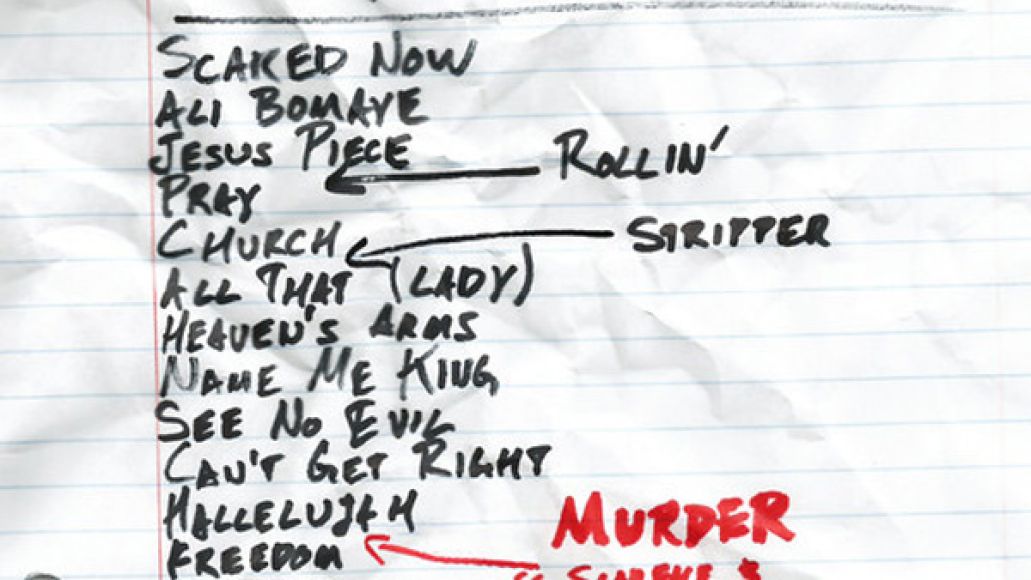 Last Sunday, Game revealed his collaboration with Kanye West called “Rollin'”, which was cut from Game’s new album after failing to secure licensing clearances. Now, the Game is back with another track dealt with the same fate, in the form of “Murder” featuring Scareface and Kendrick Lamar. Listen to the track below.

Games’ new album Jesus Piece arrives December 11th via DGC/Interscope, and you can pre-order it here. As you can see above, Game has also shared the original tracklist, so you can properly tag the leaked tracks on iTunes.