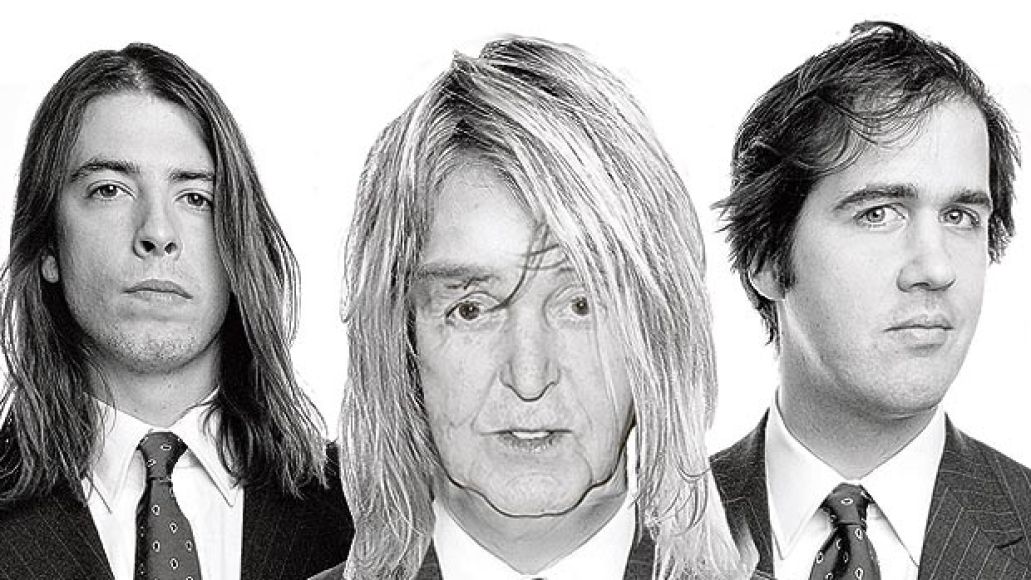 The rumors were true: the surviving members of Nirvana — Dave Grohl and Krist Novoselic — reunited alongside Paul McCartney at the 12-12-12 Hurricane Sandy benefit concert at Madison Square Garden.

“So recently, some guys asked me to go and jam with them,” McCartney teased, before bringing out Grohl, Novoselic, and Nirvana’s unofficial fourth member Pat Smear. Casually, McCartney shrugged: “I finally understood that I was in the middle of a Nirvana reunion.” The four then dove straight into “Cut Me Some Slack”, a bluesy, sludgefest jam with traces of Nirvana and McCartney’s side-project The Fireman. Macca said it best following the four minute whirlwind: “Yep”.

According to a newly launched website, the song will appear on Sound City – Real to Reel, “music from and inspired by” Grohl’s forthcoming film Sound City. Watch footage of the performance below (via The Audio Perv), followed by a brief clip of the studio version.

Update: Grohl and Novoselic discussed the collaboration with Fuse, and you can watch the interview below.