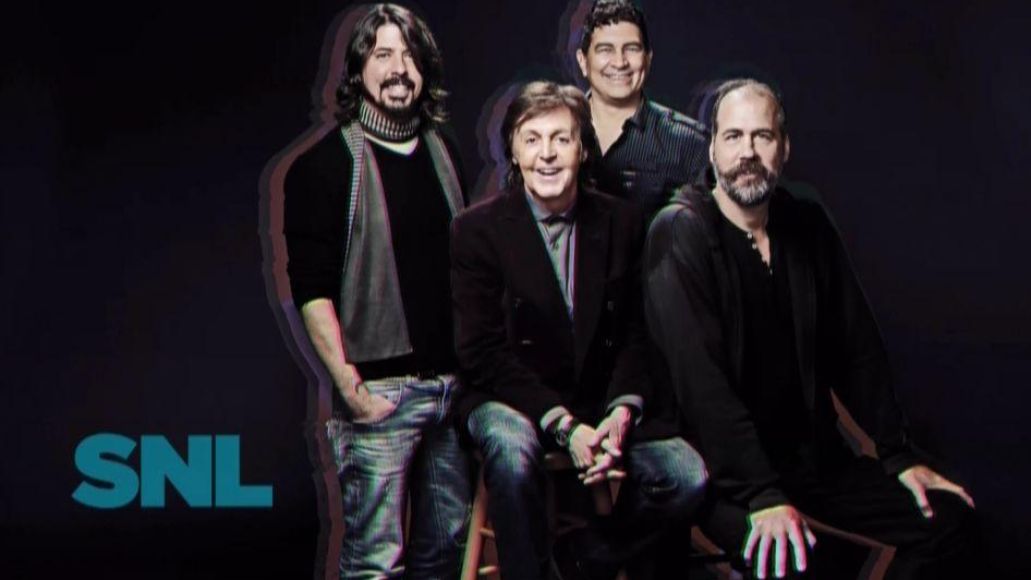 To quote Foo Fighters, “Second time’s a charm…” For the second time this week, the surviving members of Nirvana joined forces with Sir Paul McCartney to perform their song “Cut Me Some Slack” on national television. This time around, the all-star collaboration took place on last night’s episode of Saturday Night Live, where McCartney was making his fourth stint as musical guest. (It marked Dave Grohl’s 12th appearance on the show!) McCartney also teamed with the Eagles’ Joe Walsh for a rendition of “My Valentine”. Watch footage of both performances below (via The Audio Perv).

In related news, Grohl has shared the studio version of “Cut Me Some Slack”, which you can also find below. The song is also available for download on iTunes, and appears on the soundtrack to Grohl’s film Sound City.

“Cut Me Some Slack”:

Weezer Ring in SZNZ: Autumn EP by Performing "What Happens After You" on Kimmel: Watch