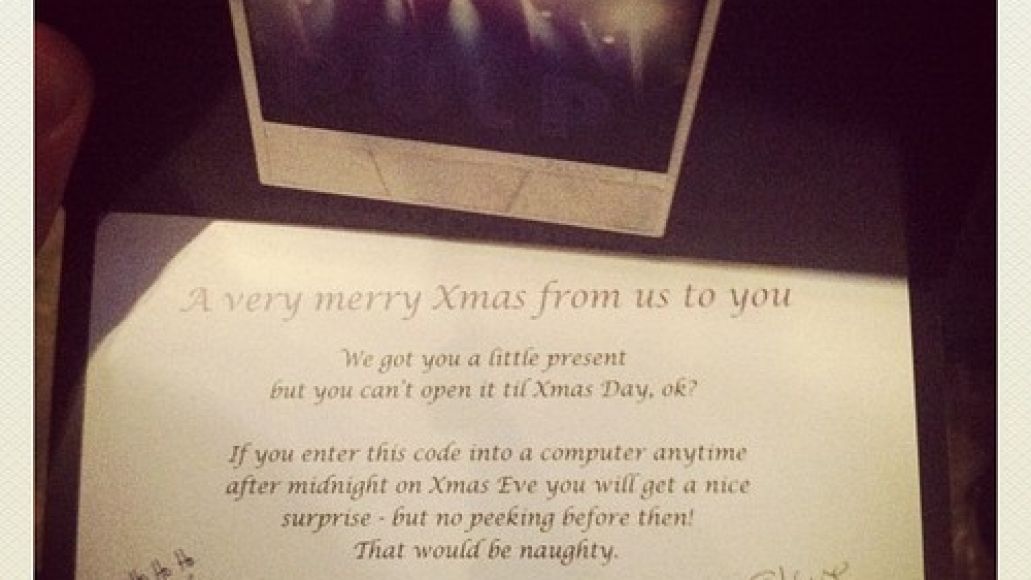 As Pulp conclude their two-year long reunion, they’ve left fans with a nice parting gift. Attendees of the band’s recent homecoming show in Sheffield, UK were given Christmas cards with a download code for “a little present,” which was to be submitted to the band’s website on Christmas Day. What they received was a previously unreleased version of the We Love Life era demo “After You”.

Update: As Pitchfork reports, this new version of “After You” was recorded in November by the band, then finished with James Murphy in London and while on the Coachella cruise. It marks the band’s first new recording in 10 years!

“After You” was first demoed in 2000 at London’s Wessex Studios. Pulp drummer Nick Banks previously described the song as “an absolute lost classic.”

As our resident Pulp expert Frank Mojica reports, this new version offers more developed instrumentation and clocks in about a minute longer than an earlier version floating around the web. Take a listen below.

Speaking recently to Q magazine, Jarvis Cocker said the band had nothing scheduled beyond their appearance on the Coachella cruise. “We haven’t got anything planned after the New Year… we’ll just be cruising off into the sunset. Seems poetic. Not wishing to make a big deal, but we’ve played for a while and it’s been really good, but you can’t keep doing that forever.”

Update: Pulp releases new version of "After You", produced by James Murphy