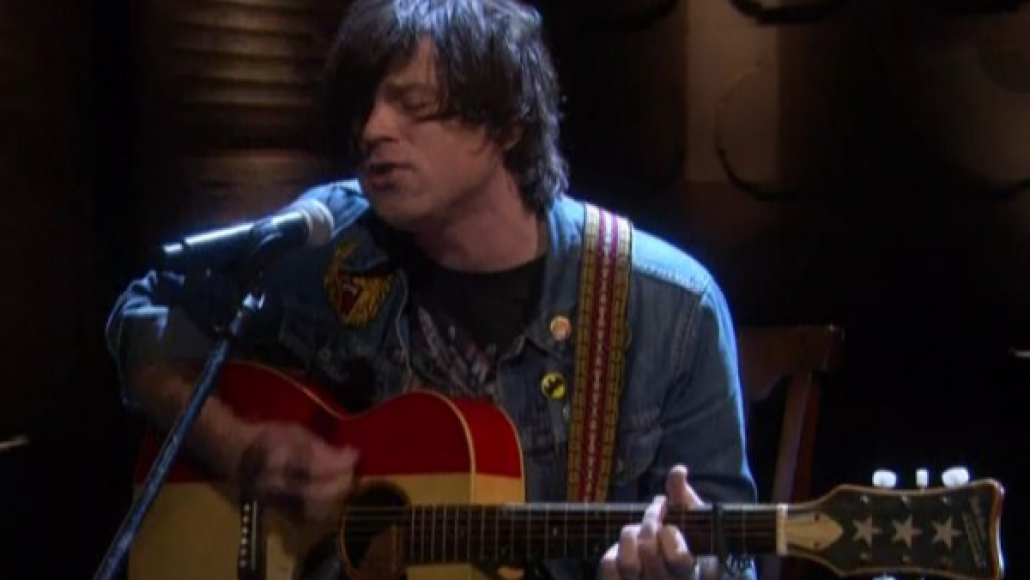 Ryan Adams stepped away from Mandy Moore, deadmau5, and The Lemonheads last night for a performance on Conan. In support of Judd Apatow’s This is 40, the eccentric songwriter performed his reworked rendition of “Shine Through the Dark”, which appears on the film’s soundtrack. He brought along pals like producer/musician Don Was and former Cardinals member Cindy Cashdollar for the ride, too. Replay the performance below, courtesy of The Audio Perv.

The soundtrack to This is 40 is currently available and includes tracks from Fiona Apple, Wilco, Paul McCartney, and The Avett Brothers, along with pieces of a score written by Jon Brion. The film itself premieres in theaters on December 21st.