Few generalizations can be made about modern indie rock when both of Monsters and Men and Dirty Projectors are considered by some to be modern indie-rock bands, but here’s one: Not much of it is as candid as the songs Christopher Owens writes.

The first thing to learn about Owens is his long, frequently tragic back story – raised in the infamously oppressive Children of God cult, he led a nomadic early life and has dealt with addiction for much of his adult years. But instead of emerging as some hardened, enigmatic figure, Owens’s career has been defined by his perpetual, endearing, and – it should be said – unironic openness. As the frontman of San Francisco’s Girls, he wrote songs called “Honey Bunny” and “Love Is Like a River”, meanwhile singing lyrics like, “I’ve got a sad song in my sweet heart / And all I really ever need is some love and attention.” This fuck-scare-quotes, heart-pinned-on-sleeve sentimentality inevitably turns heads in the indiesphere, especially when Grimes’ Claire Boucher is out here with a song named “Symphonia IX (My Wait Is U)”.

Owens left Girls for not entirely clear reasons last summer, but the breakup never seemed like a huge loss. He wrote all of the group’s songs himself and, along with bassist/producer JR White, was one of its two constant members. So while Lysandre, Owens’s first solo album, does have that especially meditative solo-album feel, there are times when it could pass for a Girls record.

Like his California peers Ariel Pink, John Dwyer, and Sonny Smith, the 33-year-old Owens has clearly internalized a ton of music in his life; Album, Girls’ 2009 debut, ventured from glistening Beach Boys sweep to shoegaze pound to cruising surf-rock seamlessly over its 45 minutes. That cognizance is evident here, as Lysandre has precedents in heyday-era Cat Stevens, some of the tamer moments from The Wild, the Innocent & the E Street Shuffle, and other sounds identifiable with ‘70s singer-songwriter-dom. What isn’t always evident here, or just doesn’t show up as obviously as might be preferred, are most of the other things that have made Owens one of the most exciting songwriters of the past half-decade or so.

In a recent New York Times profile, Owens said he wrote most of Lysandre in a day. And while that’s almost certainly hyperbole, the album as a whole does sound hurried to a fault. Owens’s lyrics have always felt unforced, like they just poured out of him, but there are times here when it sounds like he didn’t even bother to put more than 20 seconds into the writing of a single line. On “Love Is in the Ear of the Listener”, it’s a bunch of rambling, rhyme-free thoughts that, frankly, just sound goofy: “What if I’m just a bad songwriter, and everything I say has been said before? / Well, everything to say has been said before / That’s not what makes or breaks a song.”

With the title track, we get hippie-dippie dreaming too corny for its own good: “’Cause love is everything that you need / It always comes back to love / Kissin’ and a-huggin’ is the air that I breath / I’ll always make time for love.” There’s certainly some charm to Owens’s nonchalance, but it’s easy to wish he would have afforded these topics a more poetic tint, or had even taken time to edit out clichés like these. That’s Lysandre’s most pervasive problem: It’s simultaneously too much Owens and not enough Owens.

Actually, the album doesn’t offer enough of him in a more literal sense, too. Including the recurring 40-second “Lysandre’s Theme”, the minute of airplane dialogue that closes “Here We Go Again”, and the three-and-a-half-minute “Riviera Rock” – which doesn’t even feature Owens on vocals and is essentially his “All the Tired Horses” – Lysandre is only 28 minutes long, two minutes shorter than Girls’ 2010 Broken Dreams Club EP. There are gorgeous flutes, sax, and backing vocals at every corner of the record, but nothing carries the walloping sonic mass of a Girls song like “Hellhole Ratrace” or “Vomit”, or even tries to.

It’s not like Owens didn’t have a mission for Lysandre – it’s loosely a concept album, about a French girlfriend he had during Girls’ first tour, so we know there was some kind of focus – but too often, it just doesn’t seem like he was as ambitious with the craft of this one as he was with past efforts, however natural they may have sounded. This solo record marks the first place where Owens’s breeziness should have given way to a much sterner, more comprehensive projection of his talent. 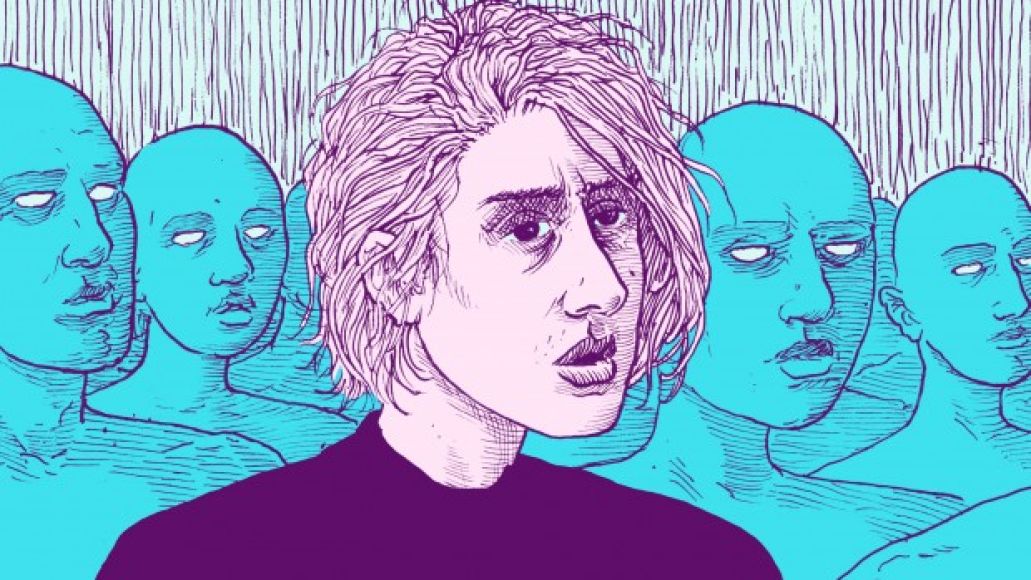