There’s a gong that sits behind drummer Matt Thomas that mostly goes unused throughout The Joy Formidable’s entire live show, until the very end, when singer Ritzy Bryan leans her guitar on her amp, lets the feedback swallow up the crowd, and proceeds to make as much noise as possible on the thing. One time I saw her knock the cymbal out of its rigging she was hitting it so hard.

The band, in no uncertain terms, rules. They attack many notes with teeth, grit, and pentatonic fury. What made their debut album A Big Roar such a success was that all this noise had room to breathe, and their knuckles weren’t so white against the steering wheel. The final three rafter-shaking minutes of “Whirring” felt like a high-water mark in most of pop-rock music in 2011.

Their sophomore album Wolf’s Law bears a striking resemblance to another UK arena-rock trio who also wrote an album about laws. Muse wrote about 2nd Law of Thermodynamics, The Joy Formidable wrote about Wolff’s Law, a theory stating that the bone can change and strengthen to cope with its stress or breakage. Not that The Joy Formidable ever wrote about commonplace subjects (abacuses and magnifying glasses were two of the more curious thingamajigs on A Big Roar) but, like Muse, The Joy Formidable shroud their personality by draping the music in a more worldly aesthetic.

Wolf’s Law sounds like it was caught in the Muse Trap. Choruses that take off with all the pomp and circumstance of a space shuttle launch surely must have the power to break new barriers, right? Bryan’s lacquered riffs on “Cholla” and “Bats” are so pop and polished there’s hardly any friction between her, Thomas, and bassist Rhydian Dafydd. But at some point in their recording process in snowy Portland, ME, The Joy Formidable started caring about their sustainability of their music. Wolf’s Law is stuffed with aerodynamic, fuel-efficient, eco-friendly pop-rock songs and instead of the resource-sucking tension and thrill of a shuttle launch, the band winds down rustic roads like a professional driver in a Toyota Yaris.

It makes for incredibly high production values, and incredibly low stakes. The closest the trio comes to appropriating their first album comes on the unfortunately-titled “Maw Maw Song”. Its alternating Led Zep riff/motorik groove of the first half play so well together, but the Matt Bellamy/J. Spaceman guitar solo that dominates the straightaway section doesn’t have the cocky bombast of Bellamy or the subtle trance of J. Spaceman. It never takes off quite like that arena/shoe-gaze hybrid they perfected so well on A Big Roar.

So many songs come close: “This Ladder Is Ours” employs a string ensemble for some lift, only to be grounded by Bryan’s cautious vocal performance that never inspires more than some polite head-nodding. When Bryan pushes her vocals on “Forest Serenade”, you can hear one tiny little crackle in her voice on the chorus and it’s one of the most exciting things about the record. It’s like high-def mixer Andy Wallace (Rage Against The Machine, Nirvana) forgot to go back and redo that take. But soon you’re back on the highway to the comfort zone — still listening to riff rock via at best Loreena McKennitt or at worst Enya.

There are few bands that could write a song called “The Leopard and the Lung”, dedicated and inspired by the late Kenyan activist Wangari Maathai, and make it a fun, arena-rocker to play in your own Yaris. So for that, and for all the naturalistic and conscious rock that happens on Wolf’s Law, there should be credit given to these three new age Welsh rockers. It’s a testament to trying to write to the deeper roots of love and our Earth, expounding on Wolff’s Law that things that do not kill us only make us stronger. It’s just when Dafydd takes the chorus on “Leopard”, and sings, ”They’re always going to run you down / It’s better to face my something,” it’s exemplary of many of the broad strokes found on Wolf’s Law. Yes, face The Joy Formidable’s something and it’s better than most. Just don’t dig too deep for what that something is.

Essential Tracks: “The Leopard and the Lung”, “Forest Serenade” 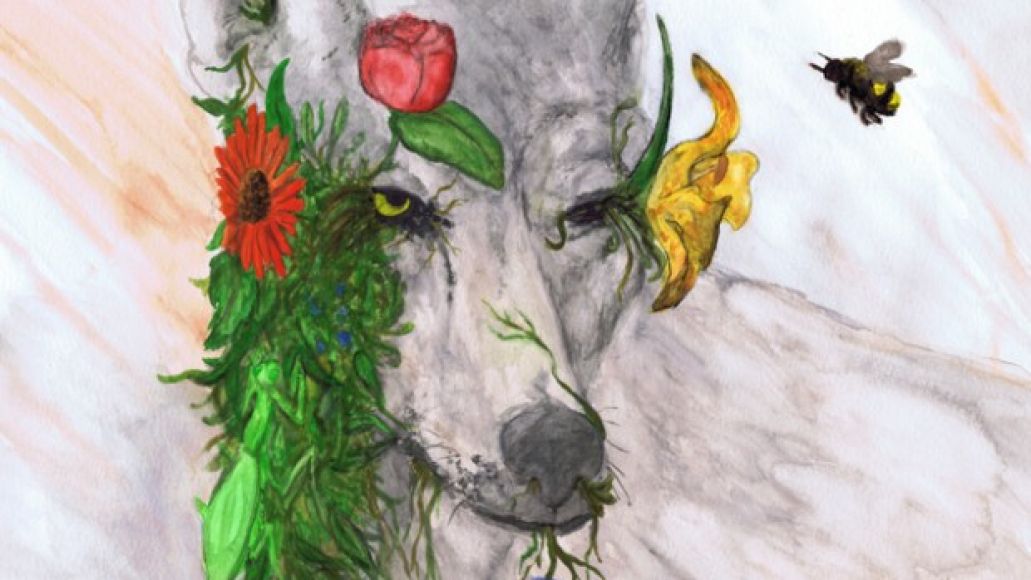