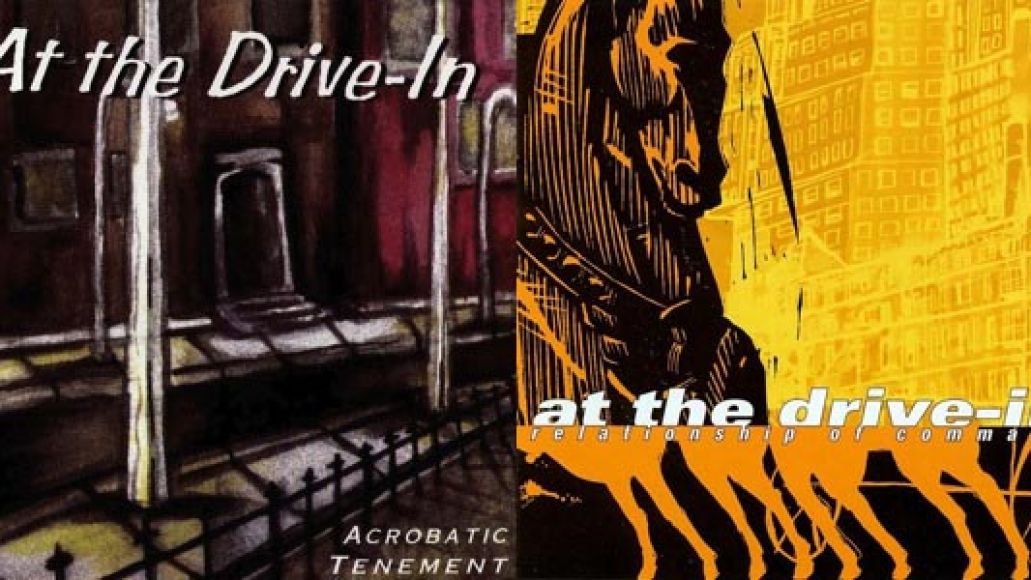 Ever break up with a significant other, but for some reason you keep hooking up with them because, let’s face it, it was really freakin’ good? That’s kinda what’s happening with Cedric Bixler-Zavala and Omar RodrÃ­guez-López. Less than a week after Bixler-Zavala essentially ended The Mars Volta with a Tweeted “Dear John” letter, and RodrÃ­guez-López lifted a middle finger with the first track from his new band, Bosnian Rainbows, the feuding figureheads’ original band, At the Drive-In, have announced a new pair of reissues.

Guitarist Jim Ward said in a press release, “It was interesting to revisit the recordings that bookended the first chapters of our band. The earnest and pure excitement of the beginning and the level of craftsmanship we achieved by Relationship of Command leaves me nothing but proud. I am happy these records have found their way to continue to feel new as people discover music they love and embrace our work.”

Consult both albums’ tracklists and the clip for “One Armed Scissor” down yonder.

At the Drive-In reissues Acrobatic Tenement and Relationship of Command