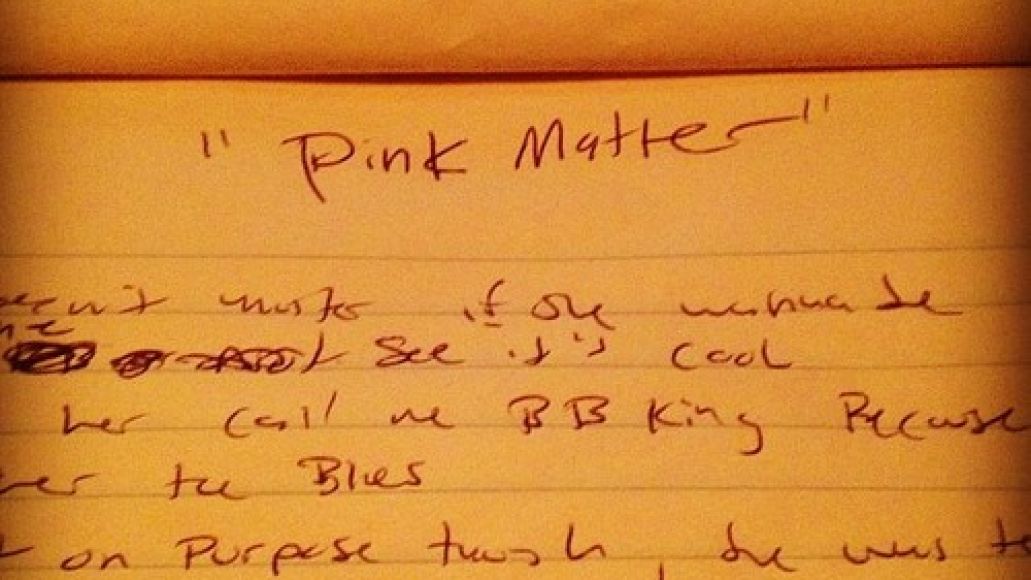 It was supposed to be an Outkast feature.

Yes, Frank Ocean originally wanted Big Boi and André 3000 featured on channel ORANGE’s “Pink Matter”. It would have marked the first appearance of Outkast in almost six years — which is the exact reason André scrapped the reunion and opted for a solo feature.

“Dre didn’t want an Outkast Record Coming out on anybody else LP,” Big Boi wrote on Twitter earlier this summer.

However, Big Boi took to Tumblr over the weekend and shared a photo of new lyrics with the caption, “Dropping a verse on this Frank Ocean ‘Pink Matter'”. We reached out to Big Boi’s representatives, who confirmed that Big Boi will appear on a new version of “Pink Matter” which will feature Frank Ocean and André 3000. The track is set for release sometime next week.

Update: On Twitter, Big Boi revealed that he’ll also appear on a new version of T.I. and André 3000’s “Sorry”.

In the meantime, take a listen to the original version of “Pink Matter” featuring only André 3000.