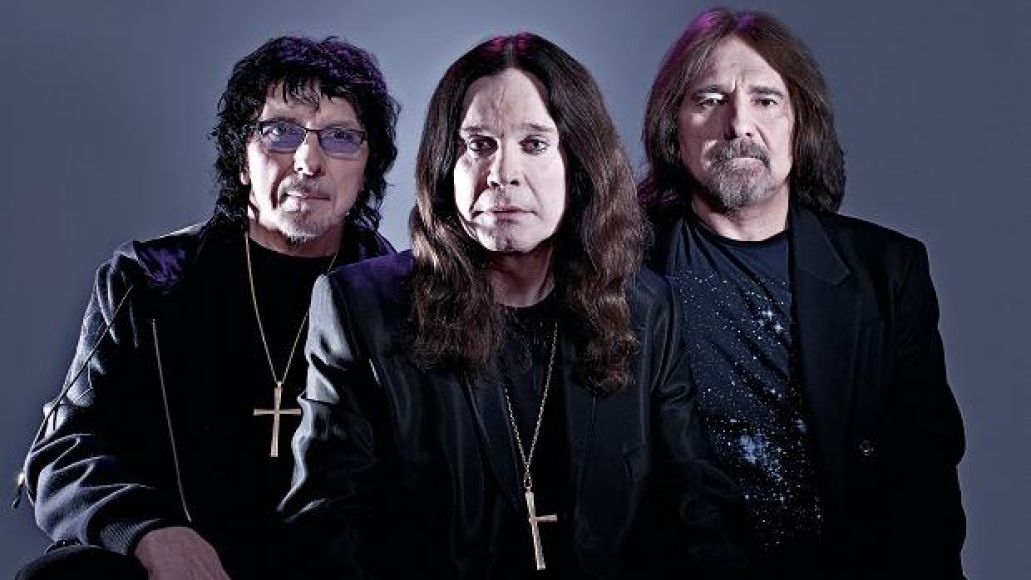 After a week of ginormous comebacks from David Bowie, Destiny’s Child, and Outkast, heavy metal legends Black Sabbath sneak in on a quiet Saturday to announce their first studio album in almost 35 years. Slated for release sometime this June via the band’s original label Vertigo/Republic, 13 was recorded in Los Angeles alongside veteran producer Rick Rubin and features Rage Against The Machine’s Brad Wilk on drums.

Back in August, bassist Geezer Butler said they had recorded 15 tracks, with 12 making the final cut, including a song entitled “God Is Dead”. The record is the band’s first studio album featuring founding members Butler, Tony Iommi, and Ozzy Osbourne since 1978’s Never Say Die!

News of the highly-anticipated album capped off the band’s tumultuous 2012. After announcing a massive reunion tour in late 2011, the group canceled the dates following Iommi’s diagnosis with lymphoma. Then, in May, drummer Bill Ward severed ties with the band following a contract dispute. But even without their original rhythm man, the trio continued onward, playing three shows last year at Birmingham’s O2 Academy, the Download Festival, and Lollapalooza.

Speaking of live dates, the band already have several shows lined up for this spring in Australia and Japan, with “additional tour plans to be revealed in the coming months.” Check out the current schedule below, followed by footage of “Paranoid” from the O2 Academy show.