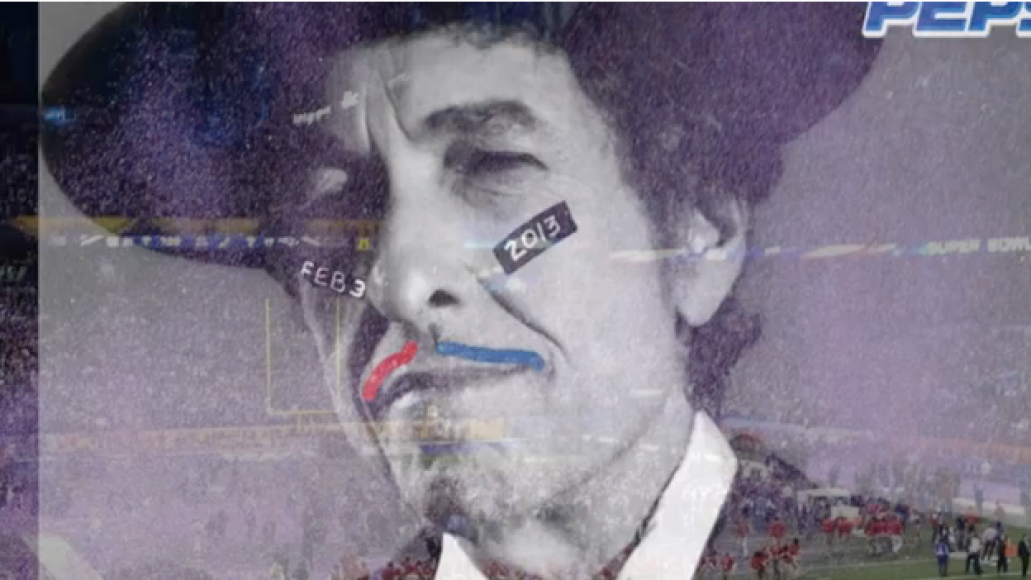 Way back in July, comedian Tim Heidecker “beat the Master to it” by releasing a 15-minute long song about the Titanic ahead of Bob Dylan’s Tempest, the title track of which is a 14-minute ditty about the famed steam-liner. Now, Heidecker’s at it again, as he’s written The Bard’s Super Bowl song before the guy even got tapped to perform.

As Heidecker explains via YouTube, “Running Out the Clock” is a long-lost cut from the 1983 Infidels recording sessions (in the face of nonbelievers claiming it comes from some other era, Heidecker says, “you’re insane. listen to that drum sound!”). Apparently set to be performed live at The Big Game on February 3rd, the song includes lyrics such as, “They say Iran has got the bomb, and wants to see us dead / They ask you to ignore the news, watch the Super Bowl instead / Why should you be shocked? / We’re all just running out the clock.”