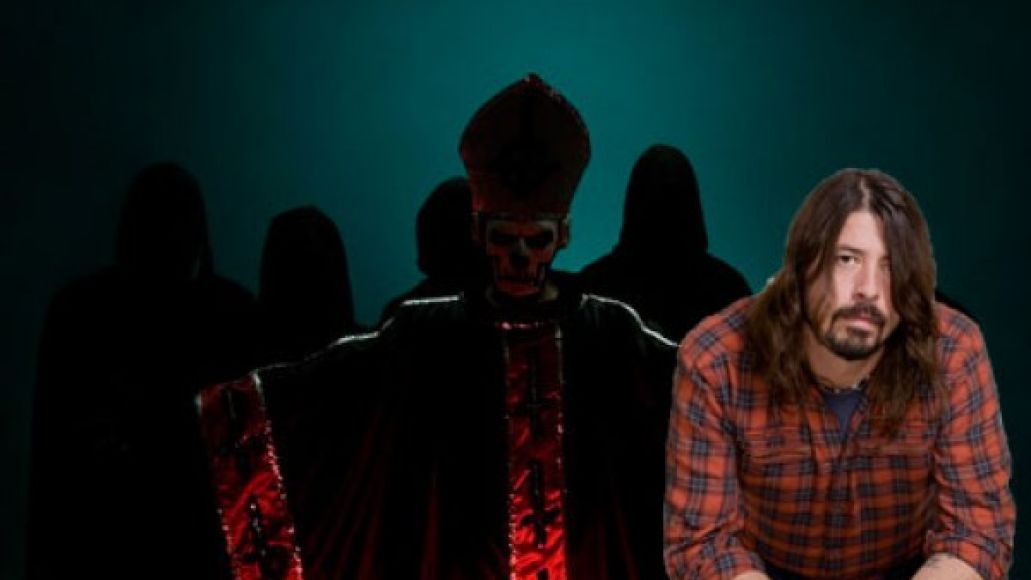 We’re willing to bet our invite to Blue Ivy Carter’s 15th birthday extravaganza that no one knows the real names of Swedish doom metal band Ghost. (Seriously, speak now or miss out on 24-layer cake.) But while the ghouls no doubt remain shrouded in mystery, there’s at least one recognizable name temporarily attached to the band: Dave Grohl. Yes, the burgeoning director/rock god produced and played drums on the band’s cover of ABBA’s “I’m a Marionette”, which serves as the B-side to the band’s forthcoming single “Secular Haze”.

In speaking of their choice to pay homage to Sweden’s greatest export, the group told Decibel magazine:

“We are Swedish, and ABBA has always been a very, very strong part of our modern musical heritage. We all grew up with their music very present. Not only that — ABBA basically took a few hundred years of traditional Swedish music and made it into pop songs. I’m talking about folk music from the 16th, 17th and 18th centuries. Anybody outside Scandinavia probably isn’t familiar with those tones or musical language. But one of the reasons ABBA broke through so enormously first in Sweden was probably because of their folk music influences. I think anyone from Scandinavia is easily infatuated with that sort of music, so ABBA has a deeper meaning to us, I think.”

Below, check out Ghost’s Grohl-less version of the cover from a show in December, followed by the symphonic original. The 10″ vinyl and CD will be available April 17th via Loma Vista Recordings. The band’s new album, Infestissumam, should hit shelves later this spring.