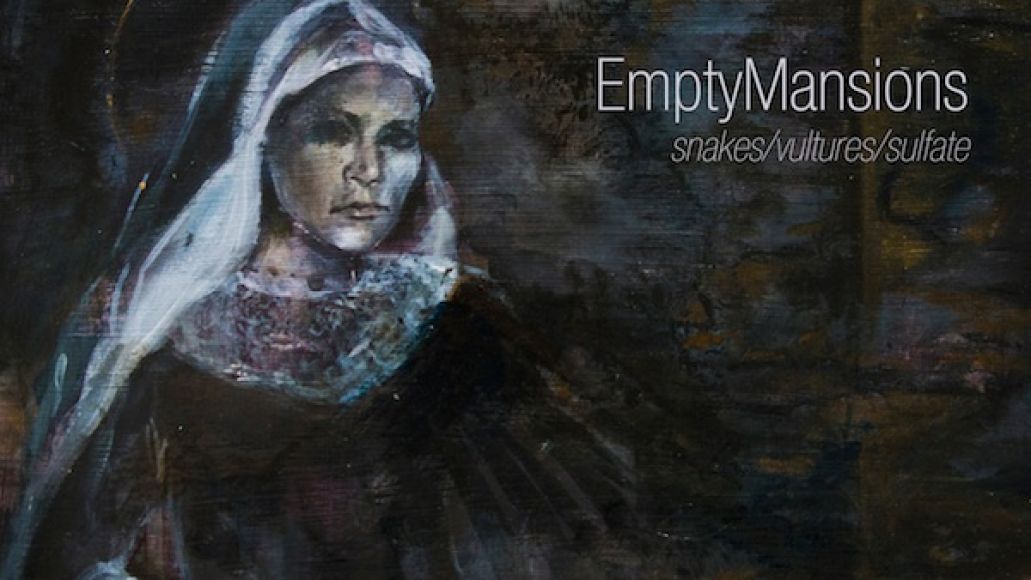 Another member of Interpol is going solo. Following the lead of frontman Paul Banks, drummer Sam Forgarino has launched a new project called EmptyMansions and will release an album titled snakes/vultures/sulfate on April 2nd through Riot House Records.

Forgarino wrote the album during Interpol’s most recent world tour. As a press release explains:

Lyrically, the songs are the result of, Sam, reading much postmodern fiction by writers such as Hubert Selby Jr (“Sulfate”); discovering an appreciation for aerial dance and a fascination with outer-space (“Lyra”); the TV-drama Justified (“Up In The Holler”), and Black Francis of Pixies fame (“That Man”). Musically, Sam drew upon classic heavyweights; Neil Young (The closing track on snakes is a cover of “Down By The River”), The Stones, Zeppelin—filtered through his affinity with the likes of Sonic Youth and Pixies.

Forgarino was joined in the studio by the guitarist Duane Denison (The Jesus Lizard, Tomahawk) and producer Brandon Curtis (Secret Machines, Interpol), who played bass, keyboards, and sang backing vocals. The end results spans eight tracks and you can listen to the one titled “Lyra” below.