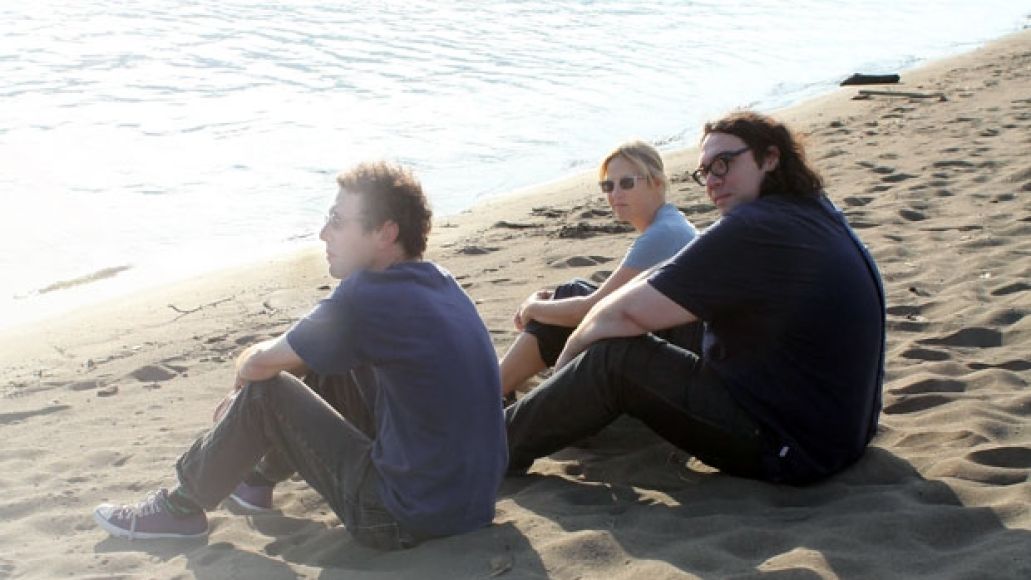 Yo La Tengo have been called the “quintessential critics’ band.” Known for their own special avant approach to making music, they resisted the temptations offered by rock and roll stardom, instead choosing to make music according to their own rules. In staying true to themselves, Yo La Tengo have generated a following far beyond cult status that incorporates over 30 years of music and two generations of fans.

Consequence of Sound recently spoke with founding member Ira Kaplan about the band’s new album, Fade, working in Chicago with producer John McEntire, and what the band thought of the Windy City’s gastronomical delicacies.

At the end of Big Day Coming, [Jesse Jarnow’s biography of Yo La Tengo] it seemed as if the band was ambivalent about recording another album, and now Fade is being described as “the most direct, personal, and cohesive album” of your career. What prompted the change of heart?

I don’t think we’ve ever been ambivalent about recording a record. I don’t think there was a change of heart. If I know what you’re referring to, and correct me if I’m wrong, there may have just been a question of, in 2012-2013, if the music business is requiring another record from us and when Matador expressed… we went to them and said, “Do you want us to do singles? Do you want us to do songs for downloads? How would you like to see music being disseminated?” We just wanted to be smart about it, and they said, “We’re still fine with the album.” So are we as it happens.

You once said that Painful was where the group really started. In addition to the three of you, that album also marked the beginning of working with Roger Moutenot. Now, for the first time in 20 years, you are working with a new producer. What made you choose John McEntire and to record in Chicago?

Well, John is in Chicago, so that was why; having decided to work together, it was obvious to go work in his studio. I don’t know why. It just kind of seemed like a good idea, and we didn’t really examine it deeper. We’ve known John a long time, and when the thought of doing something with him came up, everybody just looked at each other and thought, “Yeah, that’s a good idea.” And luckily John, who is an extremely busy person, had room in his schedule, and it just all came together.

Were there any other producers brought up?

No. It wasn’t like we sat down and said, “God, we can’t work with Roger ever again.” It was the idea came up to work with John, not to not work with Roger. So, when John was available, that was that. If he hadn’t been, I don’t know what we would’ve done. Luckily, it didn’t come up. 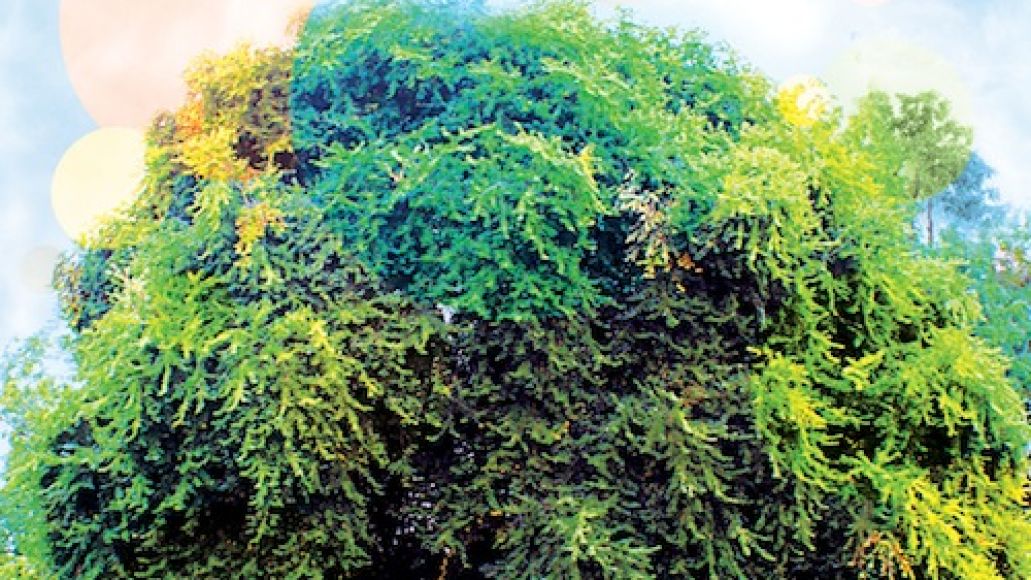 Fade recalls older albums like I Can Hear the Heart Beat As One and …And Then Nothing Turned Itself Inside Out but builds in more of a complexity. It also features some of Chicago’s most experimental contemporary musicians. Did the equipment available at Soma and musicians in Chicago change the sound of the album from what you envisioned before arriving there?

I’m not so sure about the musicians, because the people we were working with there were pretty much just working on parts that we had come up with already. The exception being the string charts for “Is That Enough?”, which Jeff Parker did. So, that was Chicago-influenced. As far as the studio and what’s in the studio, I’m sure that had an impact. That’s harder to be clearer about even for us. The process of coming up with things, one thing leads to another, so yes, I think there’s a momentum to the process that the studio and John played a big role in. It’s not like I could point to this, this, this, but not this as being due to that, but I know it’s there.

This is the briefest album since Painful and also features the shortest song since that album as well. Was this a conscious decision to scale back, or did it occur more organically?

The song lengths was not a conscious decision; the length of the record was a conscious decision. We had tried to do that on the last couple of records as well. We had just tried and failed. This time we tried and succeeded. We had made that decision before; you would just have no way of knowing it.

Do you think the success was in part with McEntire?

I don’t think so. I think we really had… For one thing, we went to the studio with less songs, with that in mind. There was a period, a moment, when we just stopped writing songs because we didn’t trust ourselves to edit things off the record. That’s typically what we’ve found. We’ll record these things, and we have a hard time leaving things off. This time we did end up recording three songs that are not on the record. Part of that was made easier when we realized we could get it down to a single LP; if we left off one more song, we could do that. We were happy to make that decision. We were very pleased to have a single LP.

Do you think this is going to change your live approach on the upcoming tour?

Our approach? We’ll see. I think so. I don’t want to be committing to things that we may back away from, but we are kind of planning to approach things a little differently. We’ll see if that works.

With that in mind, your live shows allow for the ability to stretch out and let loose.  Do you ever create material with a live setting in mind, especially when you consider songs with the larger arrangements?

No, we don’t think about that. We’re just trying to play a song, you know, record a song that we like. That’s really what we’ve been doing since the record was finished, is now trying to adapt them for playing them live. Some of them make a more seamless transition than others.

You made a point of saying that Fade was written as a band. Has your songwriting approach changed over the years?

Well, we’ve written as a band pretty much from Electr-O-Pura on, so in that regard, no. But I think the approach changes. I think certain songs, thinking about an older record, I don’t think “Mr. Tough” was going to appear on a record before that one [I’m Not Afraid of You and I Will Kick Your Ass]. Our freedom to do certain things has increased over the years. The freedom we allow ourselves to do things, not that we’ve been allowed, but more within our approach to doing things. I think it’s always evolving.

What was the experience like creating music for the live documentary The Love Song of R. Buckminster Fuller?  How was that different from creating other soundtracks?

Because we were working on the record pretty intensely during that time, on the writing, we didn’t have as much time to prepare that music as we would have preferred. Our normal way of working on film music is to write something, send it to the director, get the director’s notes, work on it some more, send it back. Just have this back-and-forth process. We didn’t really have time for that, so we had a couple of pretty intense sessions with Sam [Green, documentary filmmaker] in Hoboken, where we would play things and get instant feedback. The music came together a little faster and with a little more emotional intensity in the creative process. There were times when Sam couldn’t hear things that we could hear, and we’d finally say, “Let us do what we’re going to do” and “I think it’s going to be ok.” And then the opposite would happen. Sam would just say no, this isn’t how he hears this certain piece. We were moving very quickly. I’m very happy with how it came out.

One other change that just seemed to happen — I don’t think this was Sam’s idea or our idea, it just kind of happened — was the music is more composed than a lot of the music we’ve done before for films, where the pieces can be a little more open-ended or more atmosphere-driven. Here a lot of those pieces have specific parts that are either played right or wrong [laughs], so we had things we had to learn. And for playing them live, that’s another change. When you record something for a soundtrack, you don’t have to play it a second time. You play something you like, and if the director likes it, you’re done. Here we played it, and if we liked it, we had to then learn how to play it again. 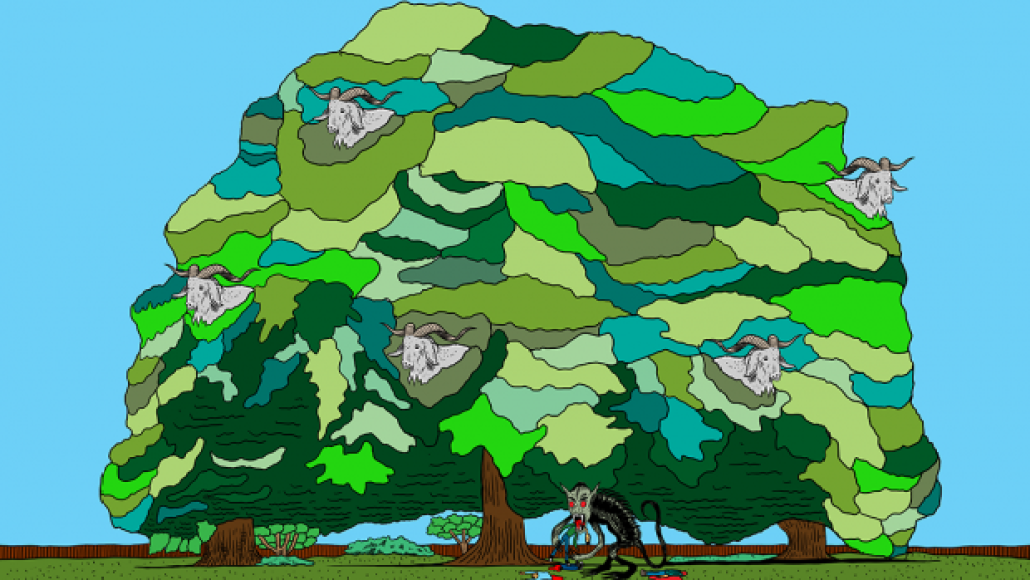 Would you ever play any of those songs on an actual Yo La Tengo tour?

It hasn’t come up yet, but it’s possible. We’ll see. We’ve done stuff like that over the years. Some of the Sounds of Science songs have shown up in a set. There’s a couple of them — some of them are very short, kind of interstitial, that don’t make a lot of sense right off the bat. There’s a couple that could work. We’ll see how things develop.

It is my understanding that you are all big foodies. Chicago’s been known to have a few tasty treats. How did you find the food in Chicago, and are there any places on your tour that you are looking forward to?