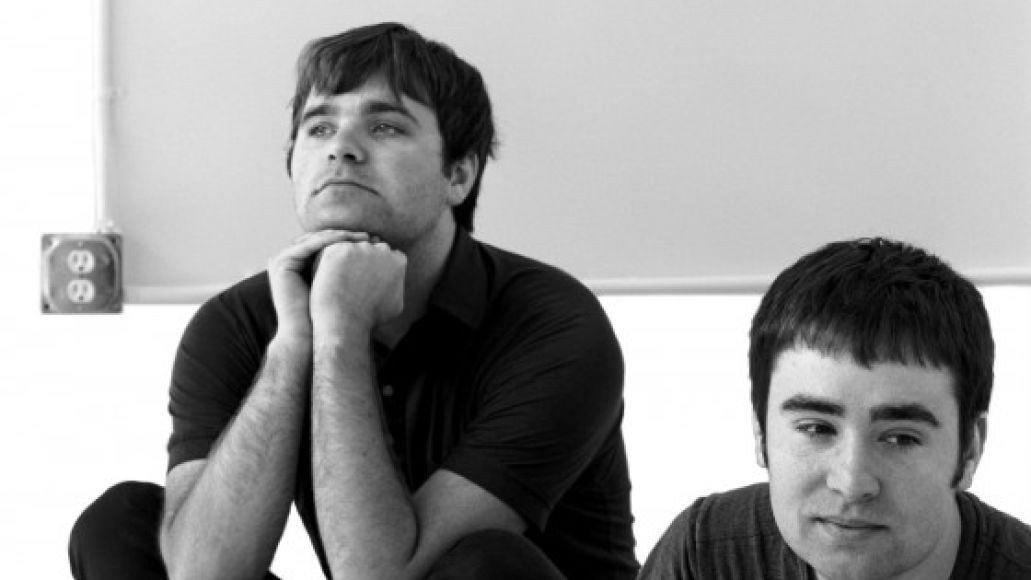 On the day in which Bowie announced his first album in 10 years, Tom Waits and Keith Richards released their very own pirate shanty, a Jimi Hendrix posthumous single hit the web, and The Knife scheduled their first concerts in three years, of course The Postal Service are going to reunite.

Yes, according to BrooklynVegan, a reunion between Ben Gibbard and Dntel’s celebrated collaboration is “in the works.” There aren’t any details beyond that, but BrooklynVegan includes a tag for “Coachella” in the article.

Whatever live appearances the band may have planned, “people shouldn’t hold their breath” for a new album, as Gibbard explained to Spinner in October. “There are no plans to make a second record … I can’t say that enough,” he explained. “I find that making music in computers involves a lot of mouse time … I don’t have an aesthetic for that… I’m much more interested in playing music than creating it.”

Is The Postal Service reuniting for Coachella?