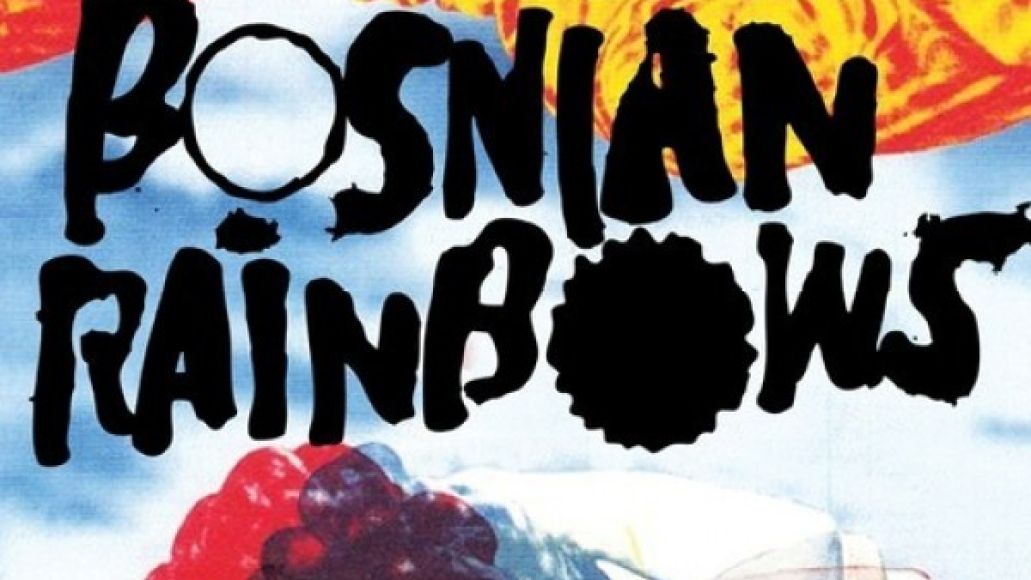 In last night’s statement announcing his departure from The Mars Volta, frontman Cedric Bixler-Zavala said, amongst many other revealing tidbits, “I tried my hardest to keep it going… But Bosnian Rainbows was what we all got instead.” Bosnian Rainbows is not some weird slang version of sour grapes, but rather the name of Omar RodrÃ­guez-López’s new band, who released their first single just hours before Bixler-Zavala’s epic rant. It’s kinda like breaking up with your girlfriend while she’s got her new boyfriend waiting outside in his Camaro.

Bosnian Rainbows features one-time Mars Volta drummer Deantoni Parks, keyboardist Nicci Kasper, and Le Butcherettes frontwoman Teri Gender-Bender, who previously collaborated with RodrÃ­guez-López on his Octopus Kool Aid LP. In an interview with NME, RodrÃ­guez-López said the band formed out of his desire to work as part of a team.

“It’s the classic thing, you stick with one way of doing things for so long that you start to crave a different way of working,” RodrÃ­guez-López explained.”I did eight years in At The Drive-In being in a collective, so after that I wanted something where I was in charge and no one asked me any questions. After 11 years then in The Mars Volta of doing that, I found myself feeling very lonely and I felt like I abandoned my friendships, so I’ve decided to focus on this band.”

The group’s as-yet-untitled debut album, recorded in Germany in late 2012, is due out sometime this year via Sargent House. The lead  single, “Torn Maps”, has been described by the band as “Alternative Pop”, which is apparent in Gender-Bender’s sensual vocals and the grand, phosphorescent keys. But with bits of reverb and fuzzy guitars strewn about, there’s clear ties to RodrÃ­guez-López’s harder-edged roots. Listen to it below.

RodrÃ­guez-López also mentioned that Bixler-Zavala is at-work on his solo album. But even as the two branch off from each other, he added that he’ll miss their 20-plus-year partnership.

“It’s been very strange being without Cedric,” he said. “It’s one of those bittersweet moments, it’s great for both of us because he’s making this great solo record, which is more of an acoustic thing. I’m really excited to hear another side of him and to work on music without me. He’s composing all the music, playing all the instruments, literally doing everything himself, rather than just singing over the top of my songs.”

On the other hand, Bixler-Zavala made it pretty clear that he’s disappointed by his ex-bandmate’s decision to start yet another band. “What am I suppose to do be some progressive house wife that’s cool with watching their partner go fuck other bands? We owe it 2 fans to tour.”

Anyone else hoping this is all a swerve and they’re actually playing Coachella and recording 10 new albums?