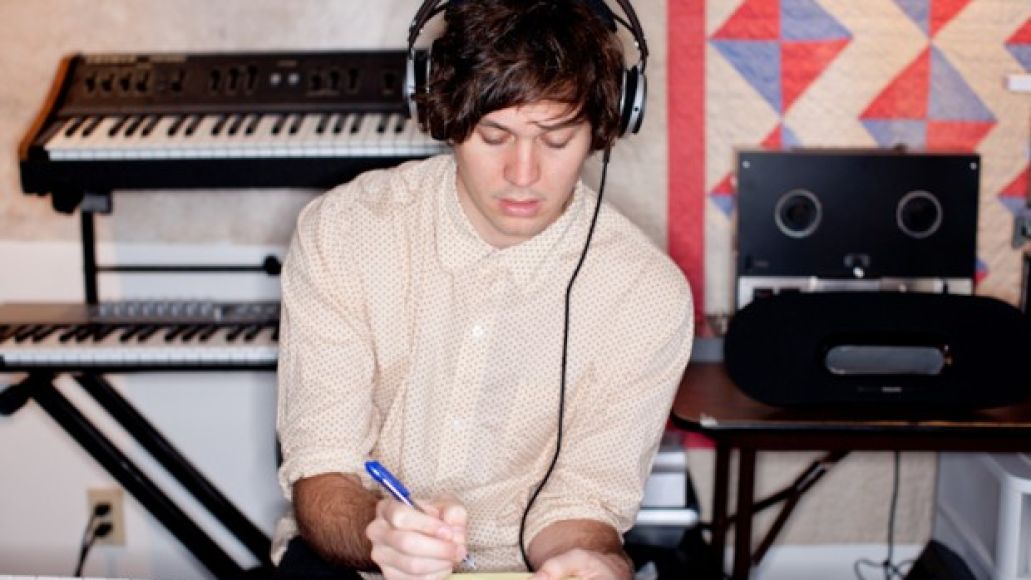 Recently, chillwave maestro Ernest Greene, aka Washed Out, was commissioned to create an autobiographical exploration of his music influences as part of Philips’ Sound of Creation campaign. The resulting track, the aptly titled “The Sound of Creation”, was made using an extensive collection of foley sound effects that accent the natural elements of his sound.

To get a better understanding of the project, we spoke with Greene about his various influences, which shed light not only on this project but his collective work to date. Stream “The Sound of Creation” below and read the Q&A shortly after.

We’re also giving away one lucky winner these SoundSphere docking speakers, which comes in at an $800 value! So, if you’d like to enter the giveaway, follow us on Twitter, where we’ll ask a special question using the hashtag #SoundofCreation. The first one to answer will be hearing Greene’s work a lot louder pretty soon.

What 10 tracks have inspired you along your musical journey so far?

What sounds [non-music related] have inspired you in some way? [e.g. the sound of the ocean, birds, cars]

Wind chimes, field recordings of the wilderness or children playing outside..

How have they inspired you?

I pride myself on incorporating a lot of non-traditional sounds into my songs. A lot of Washed Out songs are about memories and nostalgia – and I think that natural sounds – like the ocean or birds singing – can transport you to another place or time just as easily as a great melody.

Have you incorporated them into your music?

Yes, I recently released a remix for a song called “Outta My System” (by the band My Morning Jacket) that begins with a field recording of cicada out in the fields around my home. I recorded the song this past spring as the weather was starting to get really nice here in Georgia – and as I was writing I imagined walking around outside in the middle of the afternoon and the feeling of the sun on my face. For me, the field recording sets up that scenerio for the listener – transports them there as the song slowly fades in… 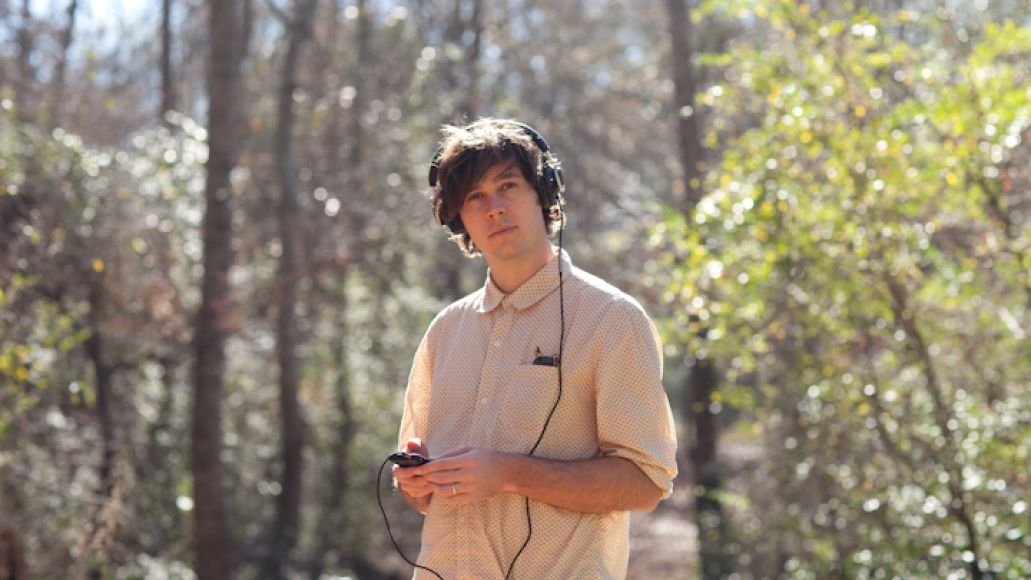 What would you say is your most creative track, and why?

A lot of Washed Out songs are a combination of ideas from both experimental and pop music, and I think the song “Soft” from my last album Within and Without is a pretty good example. Experimental ambient music is a big inspiration of mind – but more often than not ambient pieces are very long, flowing works. I attempted with “Soft” to take those long, flowing synth sounds and condense them into a traditional pop formant with verses and choruses. I think that in the end – you get the mood and feeling of great ambient pieces – but with the power and drive of short pop song.

What would you say is the most creative track of all time?

I’m a self-taught musician, and so I know very little about music theory – but the more I learn, the more I appreciate this song by the Beach Boys. The song has a very unusual chord progression – but still is very catchy. Pop music is sometimes thought of as too simple or formulaic – but it takes real talent to right music that is catchy enough to stay in your head after only a couple of listens. On the surface, this song succeeds at that – it’s a really great pop single – but underneath there is so much to keep coming back for (like the instrumentation, chord progression and arrangement to name just a few things).

What kind of sound would you most like to get creative with?

I love the sound of harp glissandos. They are really magical sounding.

What advice do you have for artists looking for creative inspiration?

Sometimes it helps to look outside the discipline you are working in. I follow a lot of visual art blogs and am inspired constantly by ideas from painting, photography, and collage.