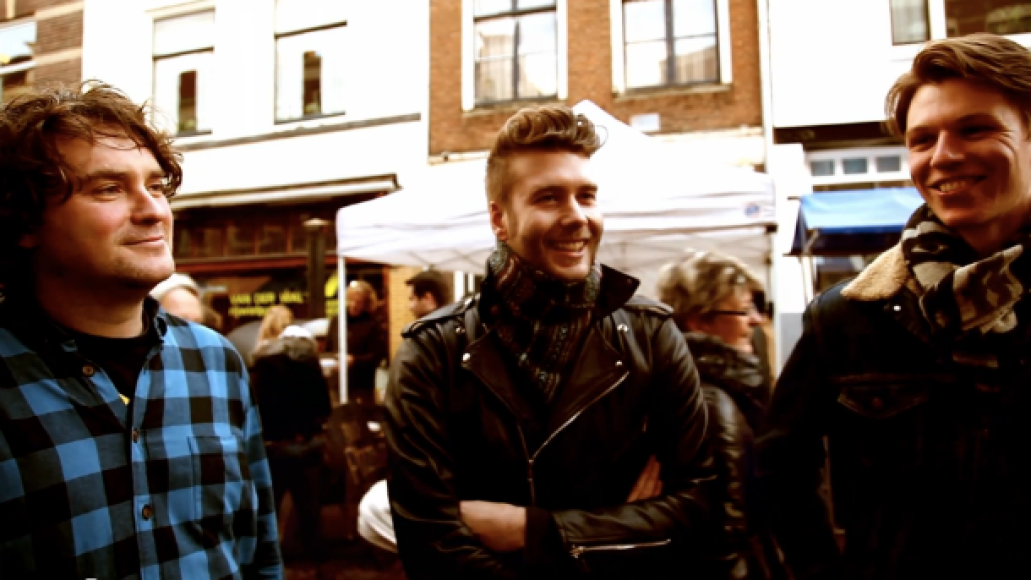 In our second installment of our exclusive video series from Le Guess Who?, the Dutch garage rockers  traumahelikopter talk to us at a busy street market in Utrecht. There’s artisan cheese, bath soaps, and mulled wine, so obviously those things pair well with the band’s furious, bluesy, beer-chugging rock. They actually played in an art gallery just before this interview, and the absolute fear in the gallery manager’s eyes they played was magnetic.

traumahelikopter’s debut self-titled LP is up on on their Bandcamp, and it’s fun as hell. Give it a spin, and check out the band’s late-night performance at Le Guess Who? below.

Check out our previous videos from Le Guess Who? here, including a performance from saxophonist Colin Stetson.

Live at Le Guess Who?: traumahelikopter