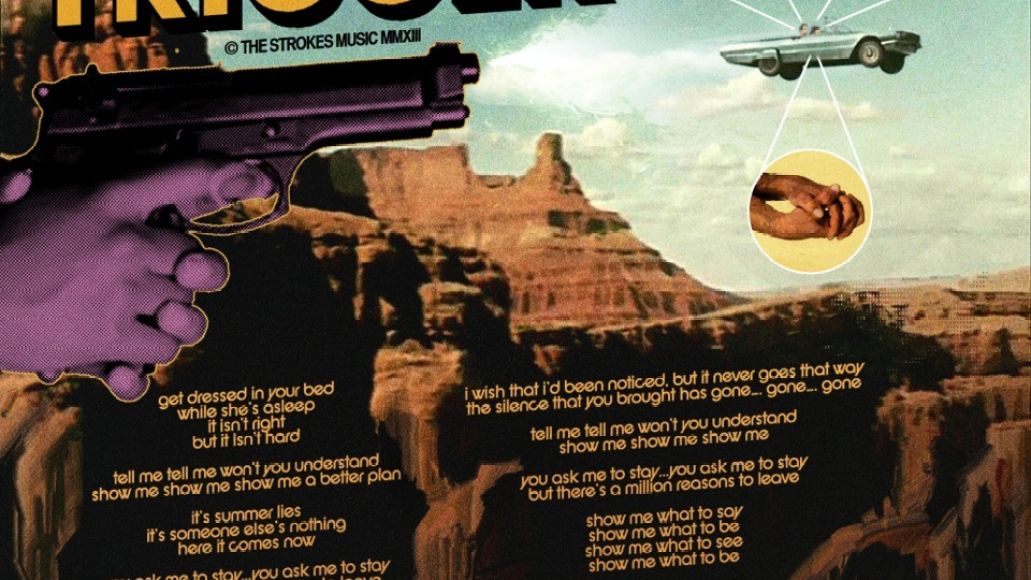 The Strokes follow up last week’s “One Way Trigger” with a trendy B-movie lyric poster (via Pitchfork via Julian Casablancas). So, if you have the cajones (or lack thereof) to sing in Julian Casablancas’ wiry falsetto, then by all means, here’s your sheet music. Personally, I’d just like to see a remake of Ridley Scott’s Thelma and Louise, starring Casablancas and Albert Hammond, Jr. — wigs and everything. Replay the song below.

As previously reported, “One Way Trigger” is the opening track to the group’s forthcoming, as-yet-titled fifth studio album. Perhaps we’ll hear its single “All the Time” relatively soon? One would hope.

Look at The Strokes' "One Way Trigger" lyric poster