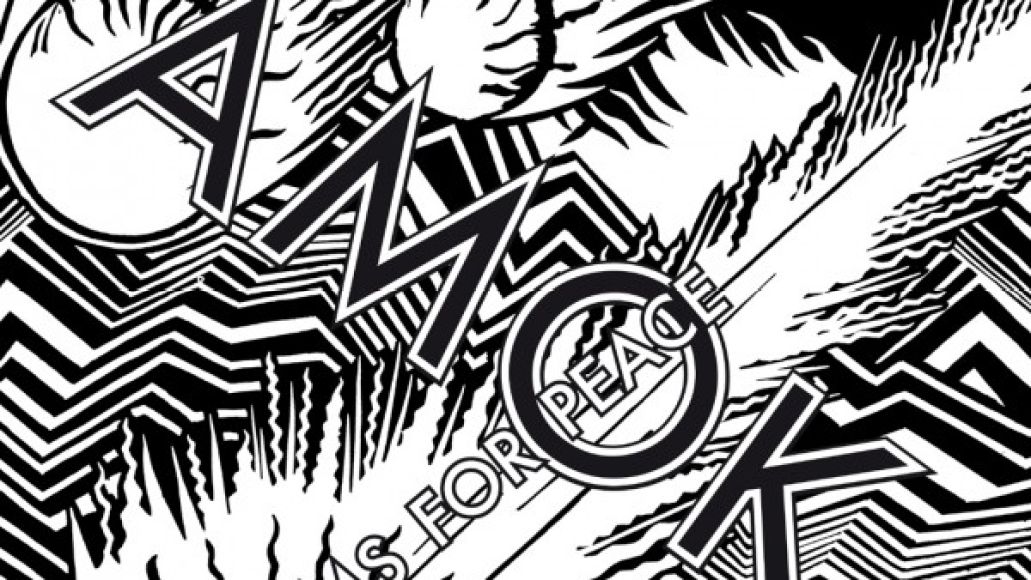 Thom Yorke, Nigel Godrich, and Joey Waronker appeared on BBC Radio 1 this afternoon and premiered a track off Atoms For Peace’s long-anticipated Amok LP, in the form of “Judge, Jury and Executioner”. Listen to the replay below.

The band also answered fan-submitted questions about their future activities, specifically live performances. The band avoided many specifics, but said they had discussed touring the UK and other parts once Flea is finished touring with Red Hot Chili Peppers.

In regards to an appearance at Glastonbury, Yorke quickly answered, “No… [the band] won’t have got our shit together by then,” though Godrich and Waronker quickly added, “Are you sure?” “Maybe?” Yorke did, however, insinuate a possible Radiohead performance, noting that “parts” of Atoms For Peace would be performing.

Yorke also answered a question about Radiohead’s reported collaboration with Jack White. He said the band had “two songs cooking” while in Nashville, which they recorded at White’s Third Man Records Studios. However, Yorke said that he himself “directed” the songs and not White. Both songs will be released, Yorke added, “but I have to pick the kids up from school first.”

Amok arrives February 26th via XL Recordings, and you can pre-order a copy here.