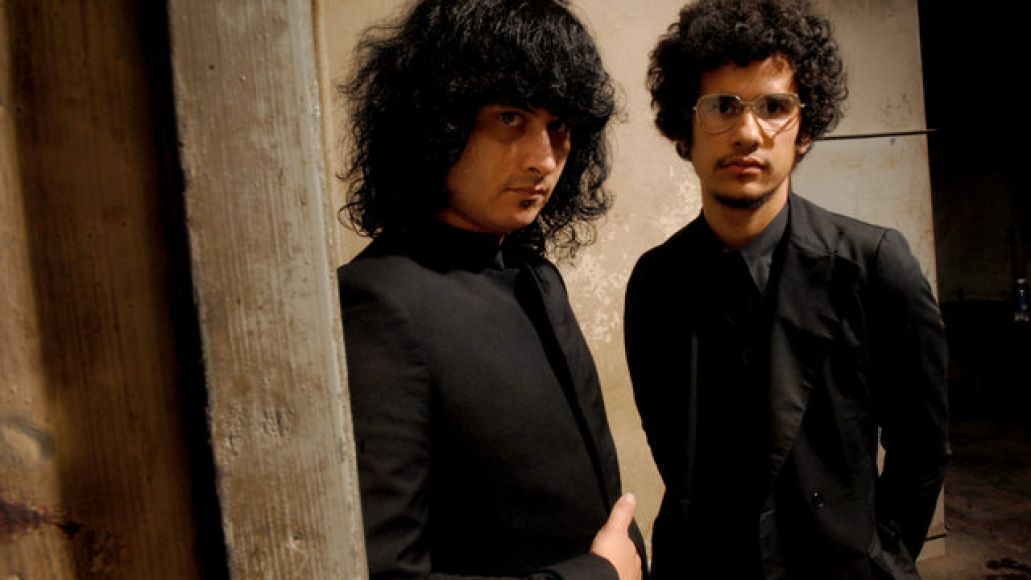 Frontman Cedric Bixler-Zavala has left The Mars Volta, effectively putting an end to the band. Bixler-Zavala announced his departure in a lengthy statement posted on Twitter, writing, “I can’t sit here and pretend any more. I no longer am a member of Mars Volta.”

Bixler-Zavala specifically expressed frustration toward bandmate Omar RodrÃ­guez-López for not wanting to tour behind their latest album, Noctourniquet, adding, “What am I suppose to do be some progressive house wife that’s cool with watching their partner go fuck other bands?” He also mentioned a desire to reunite with former bandmates Jon Theodore and Ikey Owens, but concluded, “sadly it’s over.”

Formed from the ashes of At the Drive-In in 2001, The Mars Volta released six albums, starting with their renowned 2003 debut, De-Loused in the Comatorium. Their revolving door lineup led to collaborations with Flea and John Frusciante, among others, and in 2009 the band won the Grammy Award for Best Hard Rock Performance.

Thank u 2 all VOLTA fans u deserved more especially after the way u rooted for us on this album. I tried my hardest to keep it going… But Bosnian Rainbows was what we all got instead. I can’t sit here and pretend any more. I no longer am a member of Mars Volta… I honestly thank all of you for buying our records and coming to our shows. You guys were a blast to play in front of. We could never had done it with out you. My dream was to get us to the point were Jon Theodore and Ikey Owens came back but sadly it’s over. Thank u a million times over for ever giving a fuck about our band.

For the record I tried my hardest to get a full scale North American tour going for Noctourniquet but Omar did not want to. All I can do is move forward with my music and just be happy that mars volta ever happened at all. God Damn we had a blast. Thank u again. I just feel really guilty for not even really saying the truth because a hiatus is just an insult to the fans. To all our fans all over the world thank you for giving a fuck. You all ruled! I don’t think ill ever hear a fist full of dollars the same. My record will see the light of day soon and I’m excited because it sounds nothing like my previous endeavors. And no I’m not joking about any of this, I owe it 2 u guys to all fans to be serious about this.

Thank u to all past members who helped Volta along as well. we blasted through like a comet and left our mark! If u ever see me in person and want to know why I’ll tell u my story. Please just be happy that it happened at all remember all the opposition we were met with for just starting a new band back in 2001.

And for the record I’m still in love with [At the Drive-In]. Proof was in MY performance. I would never get on stage if my heart was else where. I have cancelled shows before for knowing full well that my heart was not in it at that moment. Why? Because its an insult to the audience.

2 be clear I’m not angry I just wanted to be honest with the people who have allowed me to make a living playing music. What am I suppose to do be some progressive house wife that’s cool with watching their partner go fuck other bands? We owe it 2 fans to tour.