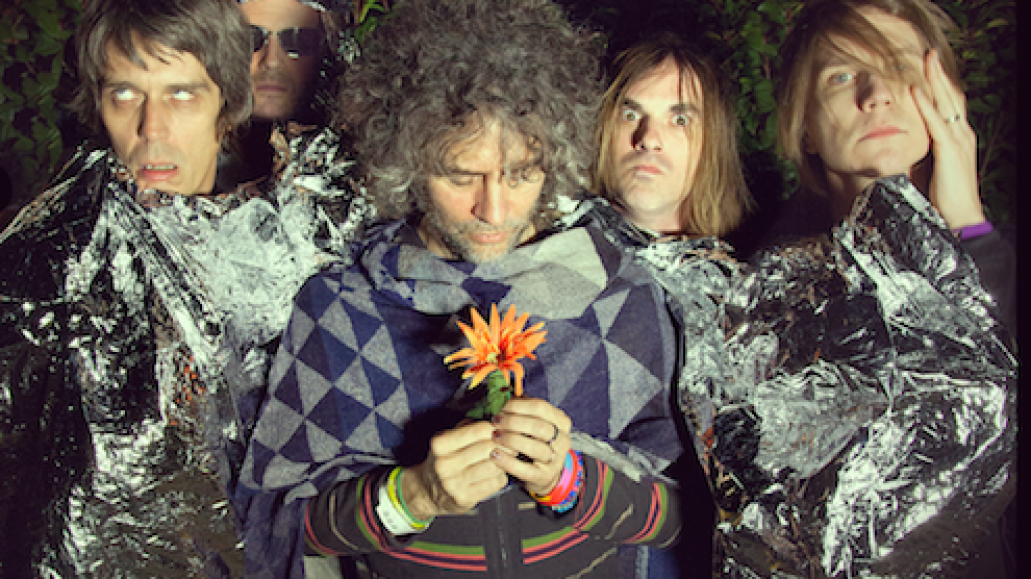 As reported yesterday, The Flaming Lips recorded a new, non-album track titled “Sun Blows Up Today”, which will be featured in a commercial during the Super Bowl. You don’t have to wait till the Big Game to hear it, however, as RollingStone.com just premiered the stream. Take a listen below.

According to Billboard, The Lips wrote the song just for the 60-second commerical advertising the Hyundai Santa Fe, and will be featured on-camera performing it. Hyundai will also offer 100,000 free downloads of the song on its website.

“Sun Blows Up Today” will not be featured on the band’s just-announced album, The Terror, which arrives worldwide April 1st and in the U.S. April 2nd through Bella Union/Warner Bros.