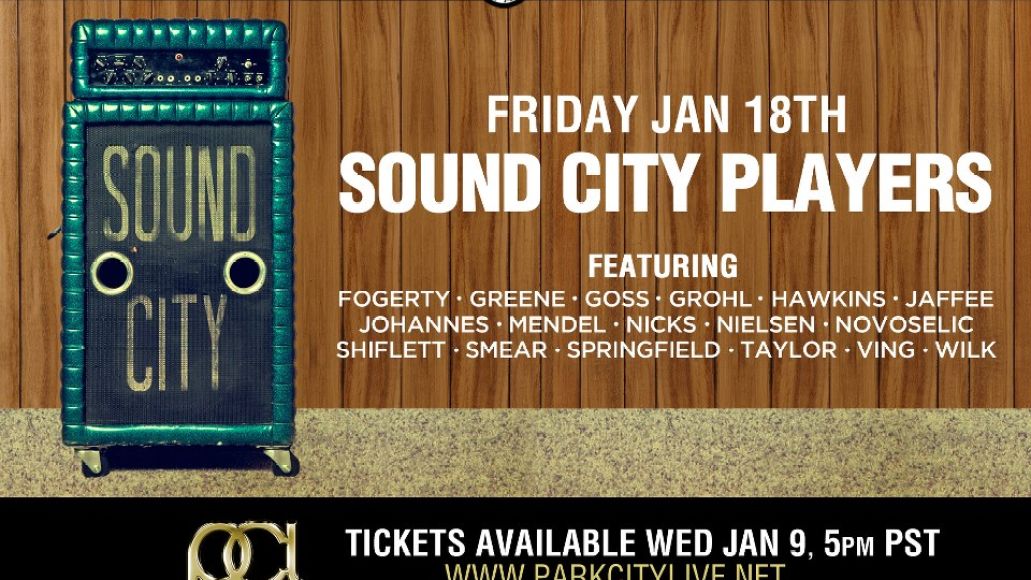 As previously reported, Dave Grohl has formed a new band called Sound City Players to support his forthcoming documentary about Sound City Studios. The initial announcement promised a lineup of “core musicians and special guests from the film,” which apparently meant everyone.

Many of these musicians also appear on the Sound City soundtrack, due out March 12th via Grohl’s own Roswell Records; pre-orders are ongoing.