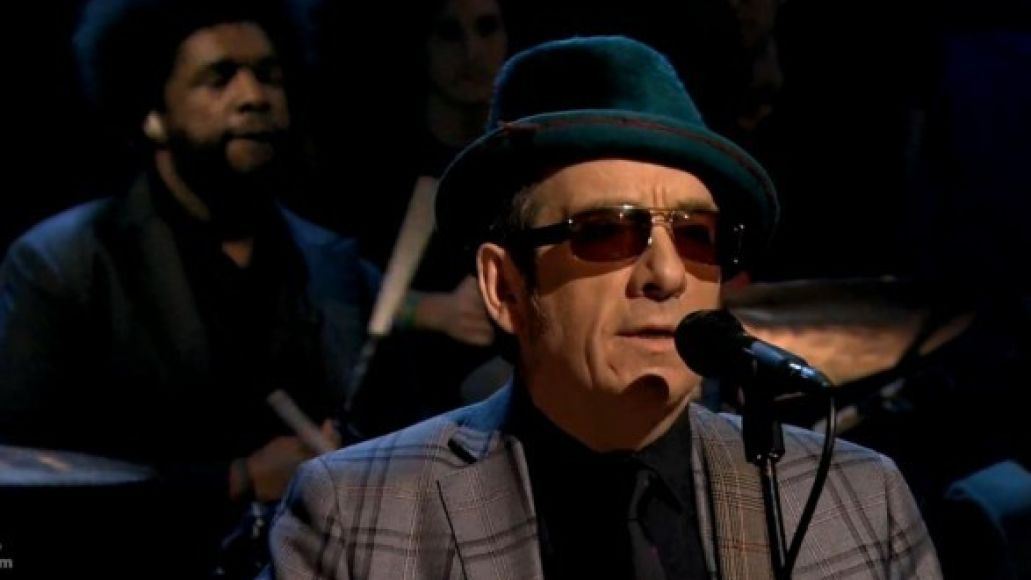 Along with getting the industry all hot and bothered by further teasing the release of D’Angelo’s first album in over 13 years, Roots mastermind Questlove hinted last night at an equally-salivating collaborative album with Elvis Costello. Now, in a followup with Billboard, the man with over four terabytes of music has expanded upon this particular writer’s dream partnership (sorry, Hall & Oates & Danzig).

“It was really love at first sight,” Questlove said of Costello, who’s made three Late Night appearances, most recently last March to pay homage to The Boss. “The second time he came on, we surpassed the first one. So by the third time, he was like, ‘Let’s stop messing around and do something together.'”

While the original plan called for a few songs to be recorded, the group found themselves with “13 or 14 songs” almost immediately. “But then we said, ‘Ooh! Wait a minute! Let’s replace four of these songs with four better songs!’ And now we have the tightest 12-14 song collection out of about 20 songs that we made.”

Some time in the near future, they’ll hit the studio again to mix and master the album with help from engineer/co-producer Steven Mandel, before finalizing release details. “We kind of have the freedom to take it around, whether it’s to Elvis’ people or Def Jam’s people,” Questlove added. “I can just say that it is brilliant.”

The Roots are also in the “genesis of” recording their new LP, & Then You Shoot Your Cousin. According to Questlove, the followup to 2011’s Undun should land “either in late 2013 or early 2014.”

For funsies, check out my favorite songs from both acts below.

The Roots and Elvis Costello recorded an album together