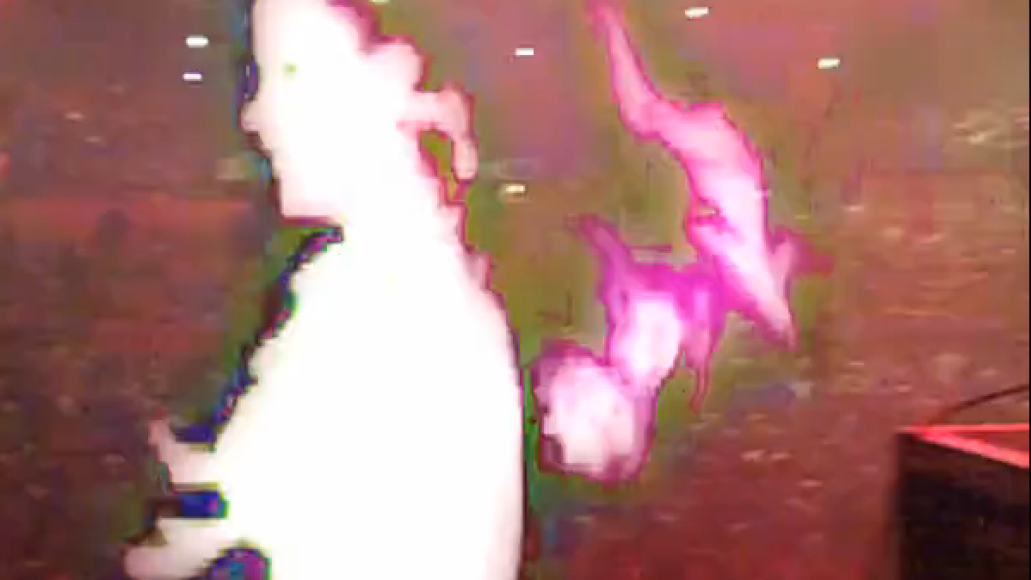 English noise-rock outfit Binary owe a lot of their musical pedigree to fellow downtrodden countrymen The Jesus and Mary Chain and The Cure. Their debut single, “You Need The Blue Key”, is the grimier, more industrial-tinged bastard of the two iconic acts. But it’s also so much more than its parts, with the muddled vocals and snarling guitars committed to no one core sensibility. Instead, the pounding rhythms follow the unpredictable whims of a hectic, disorganized muse.

The corresponding music video happily suffers from a similar sense of fragmentation. Simultaneously, it’s a poorly edited, DIY performance video, an homage to obscure anime, video games, and found footage, and an art school experiment in color tweaking and disjointed editing effects. But no matter where it lands aesthetically, it’s a perfect compliment to the song’s madness.

The band’s five-song Amber EP will be available March 11th.

Video: Binary - "You Need The Blue Key" (CoS Premiere)