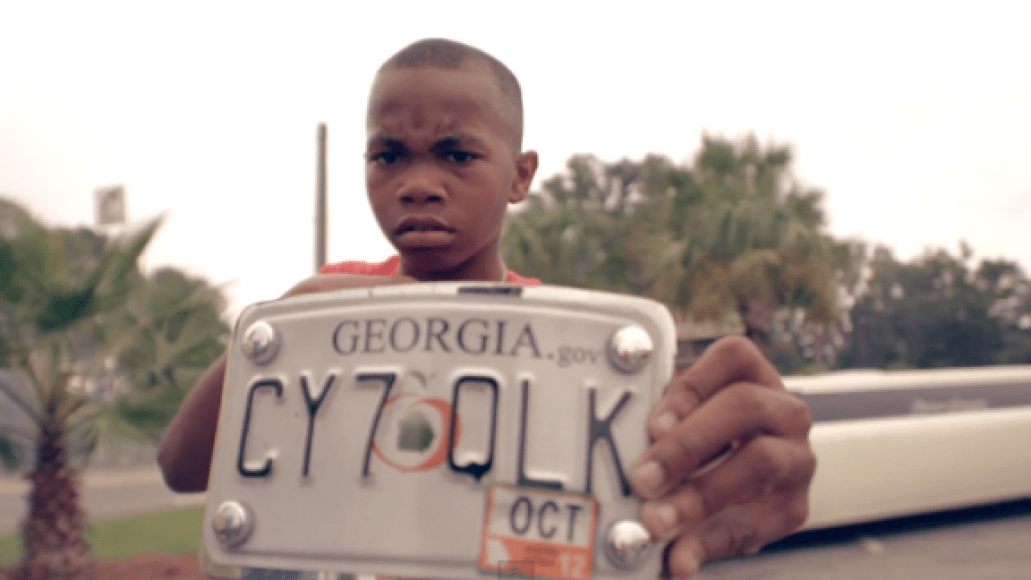 At an ersatz night club somewhere in Georgia, a small but very real party starts to form in the video for The Child of Lov’s “Give Me”, the second video from the clandestine future funk artist. Previously on “Heal”, a group of kids ran amok in a small town during the day, now they’re all grown up — peeling out on motorcycles and dancing with pineapples in rickety room. Well they’ve grown up a little, anyway. Check out a Prince-level falsetto above the “Hit it and Quit It” groove below, with direction by Focus Creeps.

For more insight into the mind spottieottiedopaliscious The Child of Lov, head over to the Rdio playlist he made to spy at the roots of his forthcoming debut album due out in late spring.