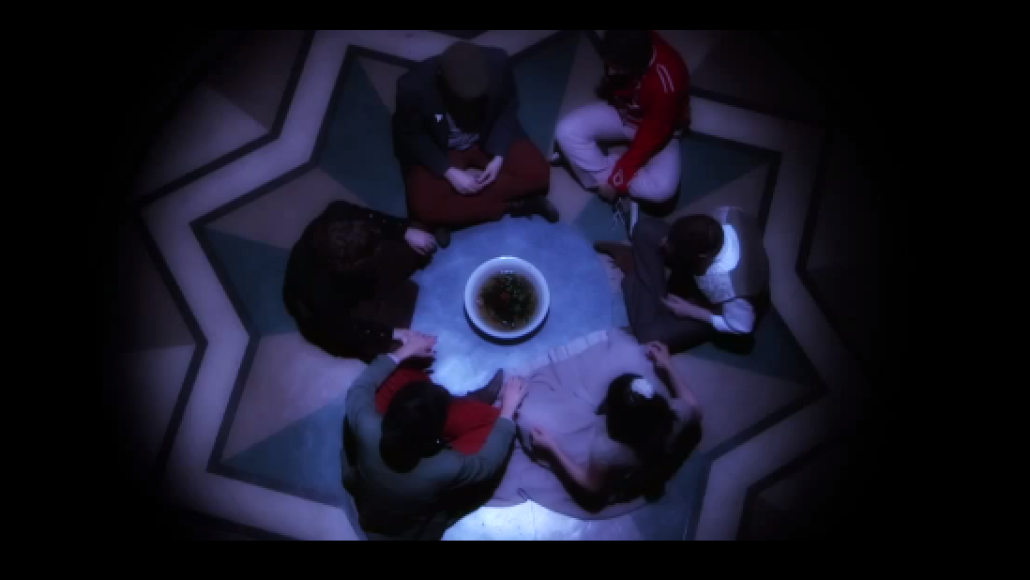 Mark Andrew Hamilton has been lauded as a rising newcomer by both the Observer and the famed Saatchi Gallery, but the musician who goes by the name Woodpigeon is hardly a rookie. His latest, Thumbtacks + Glue, is his fifth under the Woodpigeon moniker, but the first to receive a proper U.S. release.

Part of that misconception no doubt stems from Hamilton’s wandering ways, having previously set up shop in Vienna and Edinburgh as a street performer who was too afraid to sing. As he prepares to increase his presence Stateside, Hamilton explores the project’s roots with the album’s lead single, “Edinburgh”, a tale of growing up far, far from home.

“The song is an ode to Arthur’s Seat, the biggest hill in the city,” Hamilton told MTV Hive. “I was told during my time living in Edinburgh that one wasn’t a man until he walked up to the peak. On my first walk up I managed to stress-fracture one of my feet, but limped up to the top so I could finally call myself a man. I kind of feared this injury as a bad omen for my adulthood, but so far, so good.”

The corresponding music video shares an equally magical view of Auld Reekie. Here, a group of friends gather in a museum for a seance, where they summon forth the spirit of an effervescent unicorn. Eventually the creature pulls a Ganon from Ocarina of Time, leaving the viewer with all sorts of questions. See for yourself below.