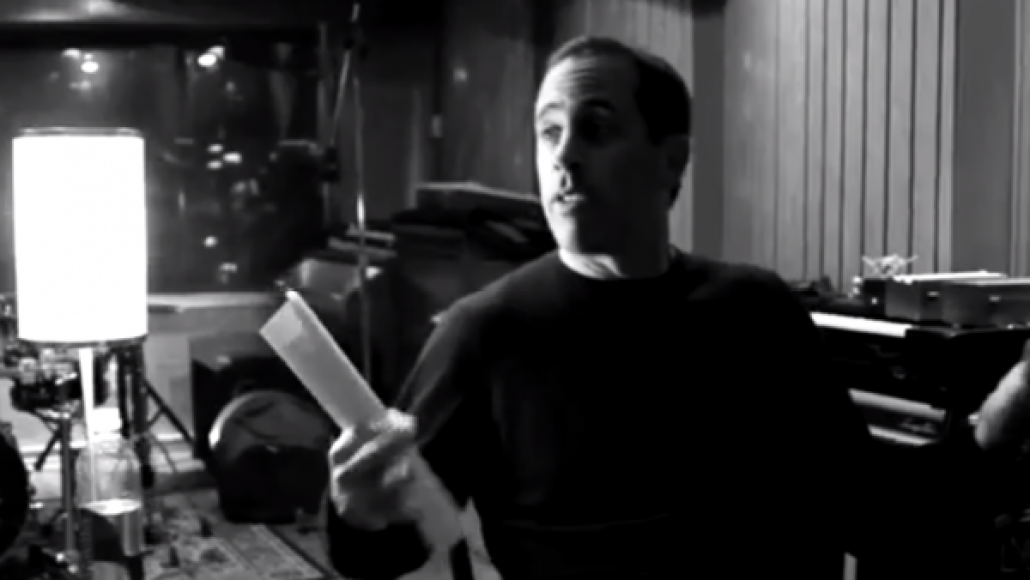 Have you ever seen the “Krazee-Eyez Killa” episode of Curb Your Enthusiasm? No? Season three? C’mon! Well, it looks like Larry David’s wildest dreams have come true because Maybach Music Group rapper Wale is teaming up with the one and only Jerry Seinfeld for an appropriate followup to 2008’s Mixtape About Nothing, aptly-titled Album About Nothing.

The world renown comedian came to learn about Wale’s Seinfeld-themed mixtape through his wife, and after little hesitation, he decided the collaboration was just too good to pass up.

“I got the call from Wale and DJ Omega here, they called me to come in, I had to be here,” Seinfeld explains in a video interview (via Nah Right). “If I’m going to do this, this is the guys I’m going to do it with. And now I did it, and that’s it.”

Check out the video interview below, along with a snippet of the aforementioned Curb episode.

Wale and Jerry Seinfeld collaborate on Album About Nothing