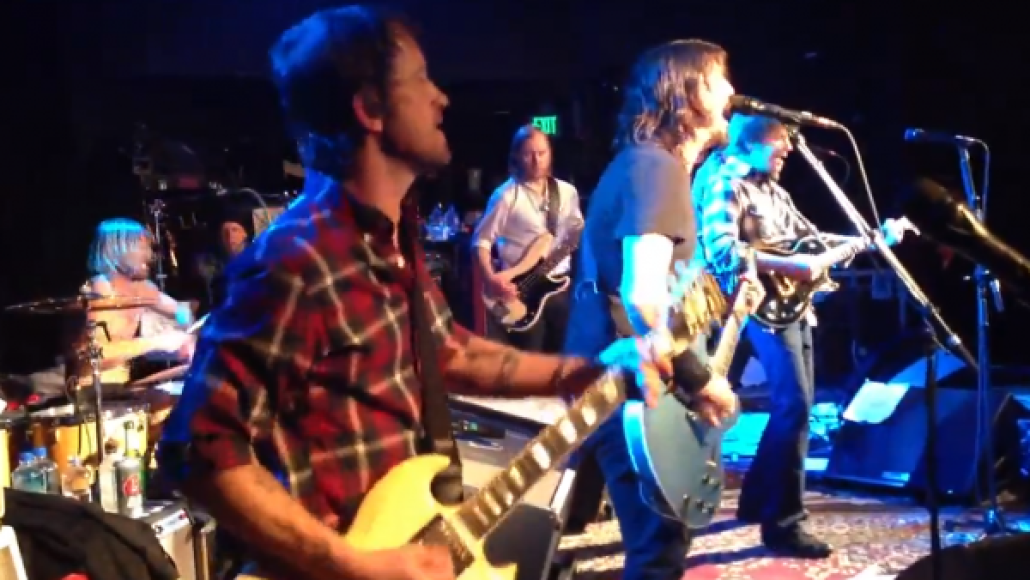 Dave Grohl’s new super group, the Sound City Players, made their live debut in Park City, Utah last night. Their performance coincided with the premiere of Grohl’s new Sound City documentary at the Sundance Film Festival. Many of the musicians featured in the film — including John Fogerty, Stevie Nicks, Rick Springfield, members of Nirvana, Rage Against the Machine, and Cheap Trick — made up the inaugural Sound City lineup.

According to RollingStone.com, the concert lasted over three hours and featured 17 musicians on stage. Grohl and his Foo Fighters served as the backing band, while Fogerty, Nicks, and Springfield played songs from their own catalogs in addition to original compositions appearing on the Sound City soundtrack.

Below, you can find fan footage of several performances, including Queens of the Stone Age’s “Hangin’ Tree” with Alain Johannes, CCR’s “Fortunate Son” with Fogerty, “I’ve Done Everything For You” with Springfield, and Masters of Reality’s “Domino”.

Grohl will next take the Sound City Players to Los Angeles for a show at the Hollywood Palladium on January 31st.

The soundtrack is due out March 12th via Grohl’s own Roswell Records and pre-orders are ongoing. The Sound City film will receive a theatrical release on January 31st, and a digital release on February 1st.