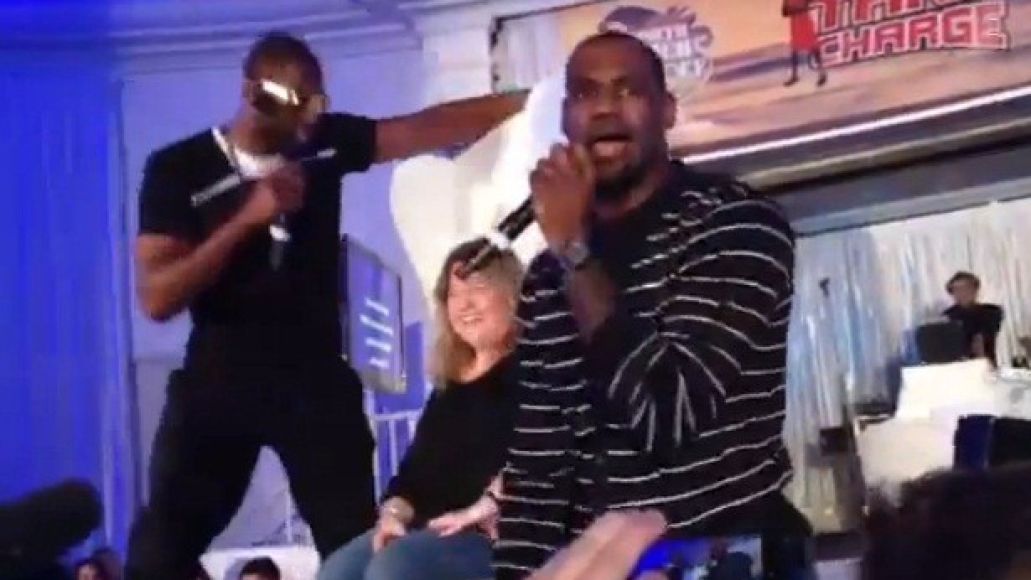 Full disclosure: I’m an obsessed, mean-spirited, longtime Miami Heat fan, whose fiery love for the team dates back to the early ’90s, long before Pat Riley hopped on board and around the time when Glen Rice was considered our greatest asset. Still, save for the glory days of Alonzo Mourning, nothing beats the last near-decade wth Dwyane Wade and the past two and a half seasons with King James. The two are responsible for thousands of breathtaking memories, two championship rings, and, well, now this.

On Monday night, fellow Heat teammate Shane Battier hosted the South Beach Battioke, a fundraising benefit for his Take Charge Foundation. Several players hit the stage for some karaoke, and naturally, the team’s two all-stars shared the spotlight, as well. What started with James’ impalpable take on Michael Jackson’s “I Wanna Rock With You” ended with a duet of Shai’s “If I Ever Fall in Love” alongside D-Wade County.

It’s something that’s required viewing for every Heat fan — sort of like our own Super Bowl Shuffle of sorts — and a hilarious moment that should be enjoyed by many on this snowy Wednesday morning. Catch it below (via The Daily Swarm). #TeamHeatForever

The Heat’s Third Championship Title is due out June via NBA Finals. Pre-orders are currently underway.