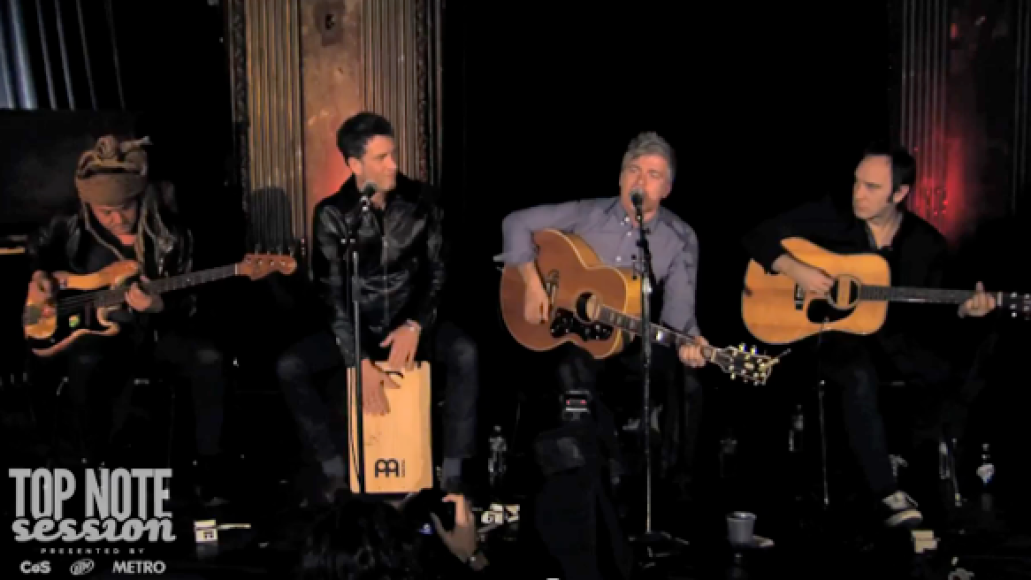 Consequence of Sound has partnered with Miller Lite to present Top Note Sessions, a series of intimate, 21+ concert experiences featuring private performances and interviews, live from the Top Note Theater, The Metro’s secret and vastly unknown fourth floor theater. For the inaugural installment, The Hood Internet answered questions about their new album while photoshopping audience-submitted pictures, and last month we welcomed Nada Surf for an intimate six-song acoustic set.

As the audience knocked back a few cold ones, the band performed cuts spanning their entire catalog. The setlist culled from last year’s The Stars Are Indifferent to Astronomy (“The Future”, “Jules and Jim”, and “No Snow on the Mountain”), in addition to “Weightless” and “80 Windows”. “No Snow” ended so flawlessly that the band threw the last number up for request, and the crowd nearly unanimously called for “Blonde on Blonde”. While we can’t provide you with a shiny new vinyl copy of The Stars like the audience walked away with, we can present the entire performance for your viewing pleasure below.

Also in December, Minneapolis hip-hop outfit Doomtree stopped by to screen their new documentary, Team the Best Team. Stay tuned for that and more Top Note Sessions in the future.