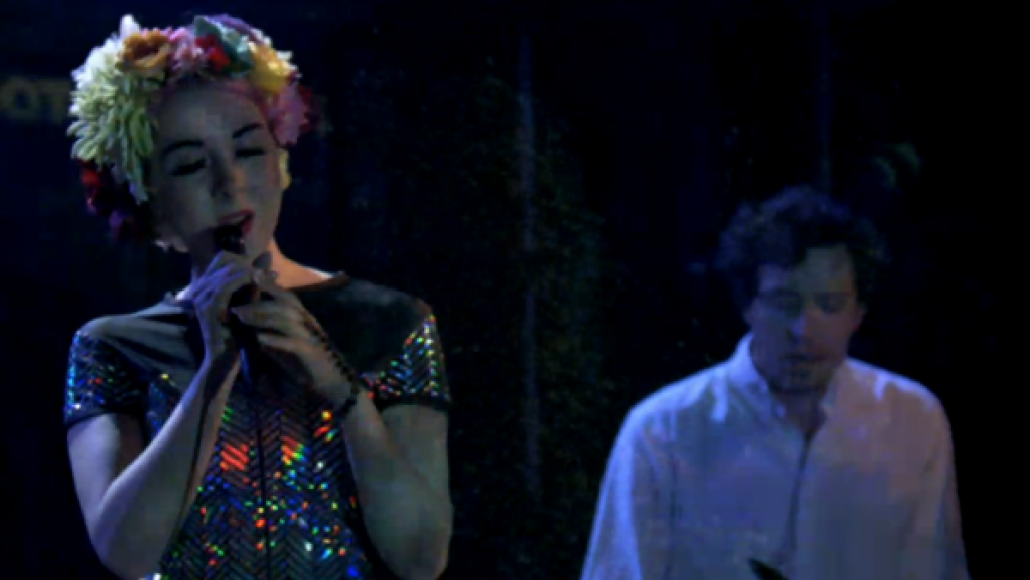 Nigel Godrich’s new band UltraÃ­sta appeared on Late Night With Jimmy Fallon last night, where they performed “Gold Dayzz” under a glow of projections. Drummer Joey Waronker was noticeably absent from the performance as he had to return home for the birth of his child. (Congrats, Joey!) Here We Go Magic’s Peter Hale filled in behind the kit.

The band’s self-titled debut is out now via Temporary Residence. We recently spoke to Godrich and singer Laura Bettinson about the project.