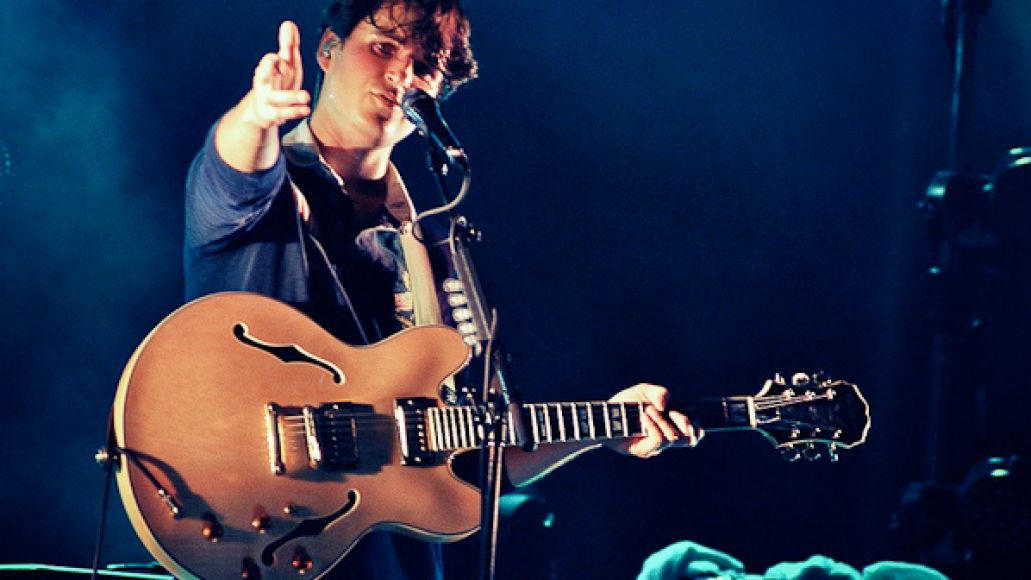 Vampire Weekend works in mysterious ways. After silently self-confirming their third LP’s release date for May 6th, the New York outfit recently tip-toed around a new song amidst their visit Down Under at Sydney’s Metro Theatre.

Titled “Arms”, the meditative ballad comes wrapped in synthy strings, one moody bassline, and safari-like percussion. Right now there’s only a minute of it up at the Team Vampire Weekend Tumblr, but we’ll take 60 seconds with Ezra Koenig any day — and we don’t think we’re alone in that sentiment. Check it out now.

Update: You can now stream a full recording of the song below (via Team Vampire Weekend).

As previously reported, the as-yet-titled followup to 2010’s Contra was produced by Ariel Rechtshaid (Usher, Major Lazer, Charli XCX) and the band’s own Rostam Batmanglij and recorded in both New York City and Los Angeles.