A lone rat scurries about on a floating piece of driftwood. A melting palm tree slumps towards its inevitable fall near Crossroads of the World. A passenger’s struggling hands materialize on the backseat window of a sinking wagon. A lost traveler clutches the bow of his dinghy, while an ominous hooded seaman navigates at ease nearby. Not too far away, a man clutches a winded telephone pole, no doubt screaming for help towards the erratic soldier a street over, who stands guard above the apocalyptic wasteland that is Los Angeles. Not even Disneyland makes it out alive in Stanley Donwood’s gloomy artwork for AMOK, presented in full at the album’s terrifying official site.

Similarly, loneliness floods the debut album for Thom Yorke’s star-studded side project, Atoms For Peace. Despite being surrounded by some of the industry’s top-level talent – Radiohead producer Nigel Godrich, Red Hot Chili Peppers bassist Flea, all-star session drummer Joey Waronker, and Brazilian percussionist Mauro Refosco — AMOK comes off as an email attachment from the deep, dark abyss that is Yorke’s mind. Words like “processed” or “mechanical” spur to mind, which isn’t exactly surprising given the songwriter’s hints to Rolling Stone last fall: ”One of the things we were most excited about was ending up with a record where you weren’t quite sure where the human starts and the machine ends.”

Disappointing isn’t the right word to describe the end result, but it’s close. With the release of 2006’s The Eraser, Yorke didn’t have to deal with any adrenalized expectations, simply because he didn’t tout unique collaborations as he does with AMOK. Flea was still busy carving out his double-album Stadium Arcadium, Waronker was flirting with Hollywood scores, and Refosco was putting together his outfit, Forro in the Dark. Now, with a full band and not just a laptop of possibilities, Yorke sets the bar high for a team effort that could be unique and maybe even intimidating — instead, it’s what one would have expected in the summer of 2006.

Something was lost in the two years of tinkering between Yorke and Godrich. As the producer explained in the aforementioned interview, many of the beats and riffs behind AMOK’s nine tracks date back to 2010, when the outfit spent three days together in Los Angeles to snapshot the energy they exhibited on their critically acclaimed, short-lived tour. Yorke spoke highly of this time, stating: “We got wasted, played pool, and listened to Fela Kuti all night. It was that idea of trance-ing out. But there are still songs here.”

He’s not wrong; there are plenty of songs on AMOK. Album opener “Before Your Very Eyes…” caresses with sticky, glazed distortion and hand-chaffed claps; lead single “Default” haunts with spookhouse bass and dizzying beats, agreeably cribbed from 2003’s Hail to the Thief; “Dropped” torments over digital sparks and schizophrenic melodies; “Stuck Together Pieces” drills down found sounds and Yorke’s strongest vocal hooks; and “Judge Jury and Executioner” nibbles by with organic guitar work that sips from caffeine beats. These are the areas where the album squeezes the fruits of their labors, sounding less claustrophobic and more expansive.

Yet much like Radiohead’s polarizing 2011 album, The King of Limbs, the many devils are in the very, very small details. Ignore Yorke’s wallowing vocals on “Unless” and, instead, zero in on the John Carpenter-inspired drone hook that stalks the background no different from Halloween‘s The Shape. On “Ingenue”, focus on the bass as Flea cranes his fingers, all behind Godrich’s showering arrangements, which later dazzle on “Reverse Running” — especially in the rapturous closing 50 seconds that outsmart the closing title track.

Hear it? Yorke’s crew is there, but in parts, and that’s the real snub to AMOK. Only does “Stuck Together Pieces” mirror those wild, Fela Kuti-soundtracked nights Yorke discussed (which is why it’s the album’s strongest track), and that’s pretty unfortunate given they had eight other opportunities to bottle that collaborative lightning. It all goes back to the seclusive pathos Yorke and Godrich injected alone together over those two years on their laptops. Godrich summarized it as “a backward idea – and a step into the unknown.”

It was a step in the wrong direction. By meddling with the organic nature of those days and nights together as an actual band, Godrich and Yorke wound up with another take on The Eraser. These songs don’t say anything about Atoms For Peace that Yorke’s solo album didn’t already say about himself. Far from capturing their kinetic live energy, AMOK feels as isolated, distraught, and feeble as the characters littered about in Donwood’s tragic portrait. Though, perhaps that’s always been Yorke’s intention; after all, he says it best in the album’s closing lines: “I’m trying to be a thought killer.” Next time around, Thom, step away from the knife and let it live. 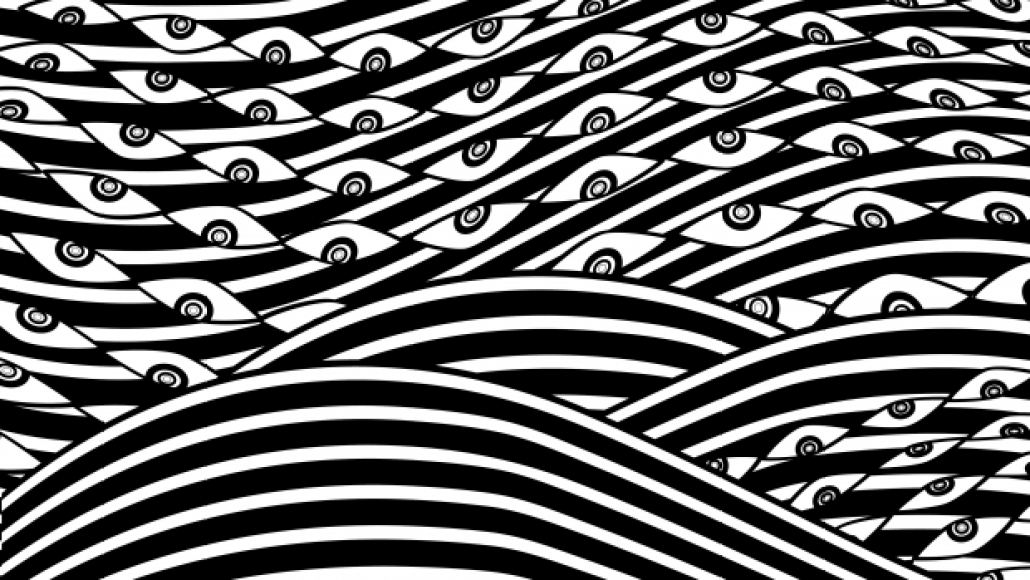