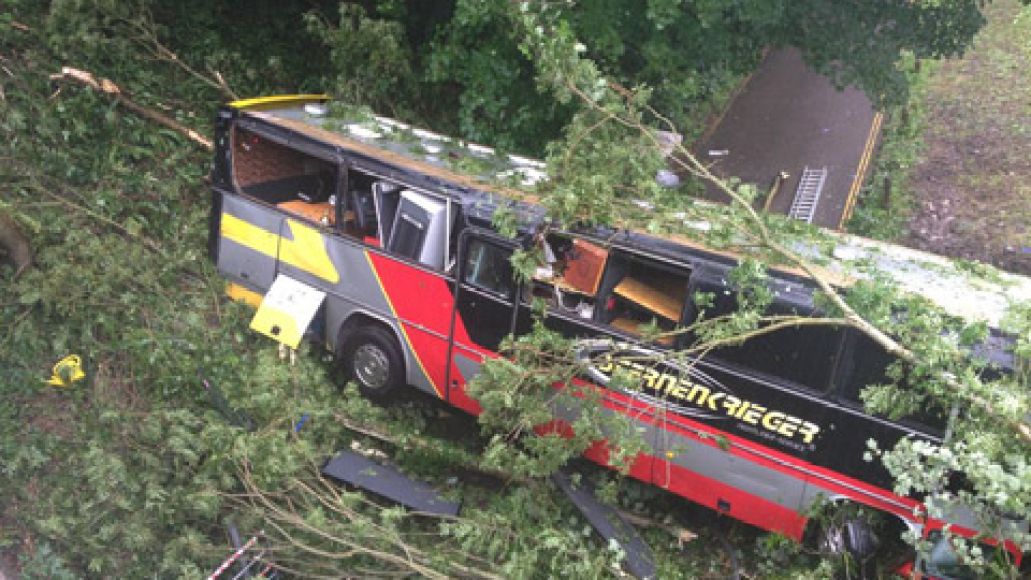 According to BBC News, the driver of Baroness’ tour bus when it crashed in England last August is now facing criminal charges. Norman Markus is due in court in April on charges of “insufficient daily and weekly rest periods,” “using a vehicle in a condition likely to cause danger of injury,” and “not having the correct license entitlement to drive the coach involved in the crash.”

Several members of the band and their crew were severely injured when the bus’ brakes failed on a hill in Monkton Combe, UK, resulting in a 50 mph collision with a guardrail. The band was forced to cancel their remaining 2012 tour schedule and is only now able to perform live.