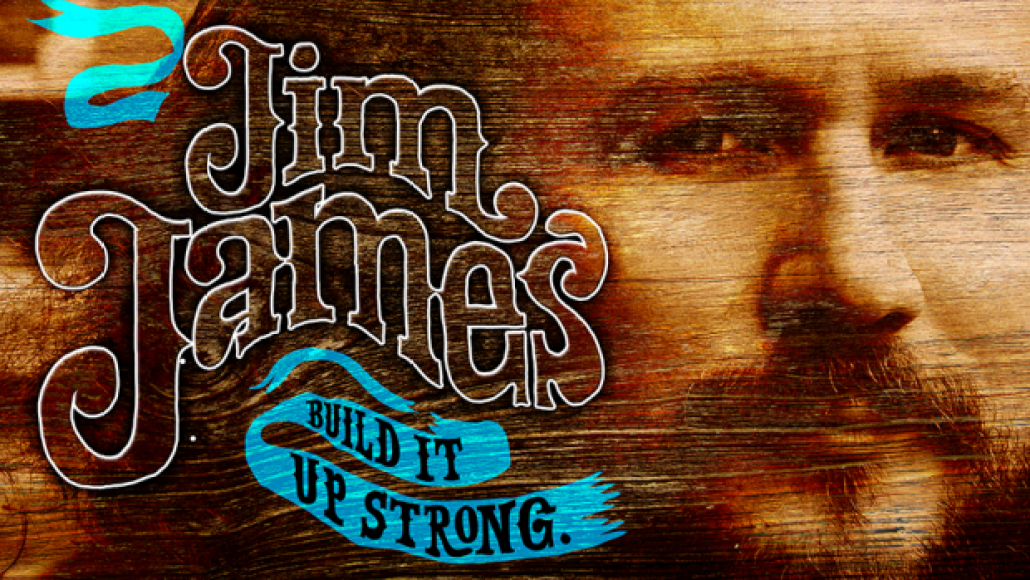 Flatiron Management is housed in such a nondescript building on West 26th Street that I’m not sure I have the right address. Across from a church with no signs and next to a shop window so lined with t-shirts no natural light could possibly make its way in, the building is certainly the tallest on the block — but I’m not convinced. Leaning against the white siding, I start searching my e-mail for the proper address when the glass door swings open. Jim James walks out and looks at me, checking to see whether or not he should hold the door and before I say anything, he lets it close and starts walking down the street. Well, at least this must be the right place.

When I’m eventually buzzed in, I make my way to the elevator and hit “12”. As the doors begin to close, the hurried clacking of heels on tile echo through the small lobby. I press the “door open” button and smile as the short, frazzled-haired owner of the heels walks in. “Thanks!” she says as she presses “14”. “No one ever holds elevators.” I have no idea where she’s heading.

Later on, after Jim James has returned and placed his lunch in the mini-fridge behind me, we’re sitting on a plush couch. Throughout our conversation, he talks of contributing something positive to the world at large, about years of support from friends and family, about the benevolent power of feminine energy and Kermit the Frog. He comes off as the type of man who would not only hold the elevator, but wish you the best of luck at whatever waited for you on the other side of the doors.

With a wide-angled portrait of his mainstay outfit, My Morning Jacket, hung on the wall behind me, he tells me how he wants his first solo album to feel “useful.”

“I’m not sure if I even knew what I wanted to accomplish with any record anytime,” he says about the goals he had for his band’s earlier albums. “I really was just making the music I felt was right or deep in my soul at any given time. I guess I have always wanted it all to feel useful. I guess now I mean I want it to be useful in a way that brings positive motion to one’s life when listening, a feeling of wanting to move forward in a positive way.”

Regions of Light and Sound of God is James’ first solo outing under his own name away from his frontman duties. In 2009, he released an EP under his Yim Yames moniker titled Tribute To, featuring George Harrison covers he had recorded in 2001 following the late Beatles’ passing. That album was never intended for sale, but was eventually released as a benefit for the Woodstock Farm Animal Sanctuary.

Both albums have altruistic ambitions and find James coping with a rough spot in his life. While Tribute To was his way of dealing with the death of a man he had never met, the genesis of Regions of Light… is much more tangible. 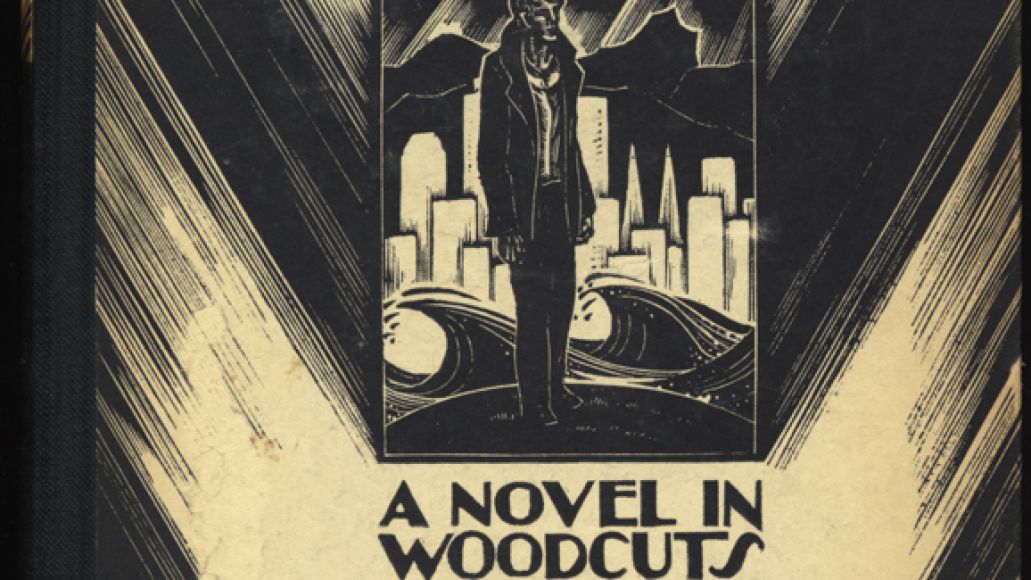 So tangible, in fact, you can actually read it. Or as James more accurately puts it, “absorb” it. Much of the album is based on Lynd Ward’s 1929 novel in woodcuts, Gods’ Man, a wordless precursor to the modern graphic novel. James came into possession of the novel thanks to Gary Burden, who has done the artwork for My Morning Jacket’s last two albums. Burden gifted it to him while designing art for 2008’s Evil Urges.

“When I first got the book,” James recalls with genuine wonder, “I had crazy déjÃ  vu, like I had known the book before or something in my last lifetime.”

Gods’ Man tells the story of a struggling artist’s battle with dark decisions and corruption. He enters a Faustian contract with a masked stranger and receives a unique paintbrush. The work he creates with the tool brings him fame and fortune in the big city, but it’s not long before misery finds him. He’s chased from town, and after taking a fall off a cliff, he’s nursed back to health by a beautiful girl. The two fall in love and begin a life together, eventually birthing a child. It’s then that the stranger, the “Devil”, returns to make good on his contract.

James became enraptured with the beauty of the book. “I feel you could just take every page and blow it up and hang it in a gallery,” he says. Soon after reading, he began to consider writing material for it. “Quite a bit of it I was doing as like score for the book. I was scoring the book in hopes that it would maybe become a film someday, which it might become, because Gary owns the film rights to the book.”

Part of his desire to score Gods’ Man comes from a history of stalled attempts to enter Hollywood. “I’ve tried to score two movies and got fired from both of them. But when I was doing it, I felt very connected to it and I really liked it. So it’s something I want to do.”

Always looking to move forward, he’s not so much crestfallen at missing out on those opportunities as he’s irked with Hollywood’s standards. “I feel like most of the stuff I do is just too weird and, ya know, they just feel like it. . .” He fights with his words, starting and stopping twice. He says he’s not bitter, but he is disenfranchised. “Like, nowadays it’s just so sad. Everybody feels like for something to be successful you have to beat someone over the head with it. It’s like everything’s gotta be dumbed down.”

His biggest Hollywood blow came when an opportunity to write two songs for The Muppets slipped away. “I ran into my buddy Andrew Bird at Newport Folk Fest maybe a year before the Muppet movie came out. And we were just hanging out and he’s like, ‘Oh my God, dude! Muppet Movie contacted me to score two songs for the movie!’ And I was like, ‘Oh, that’s. . . that’s cool. What two songs did they ask you to try?’ And it was the same two songs they’d asked me to try.”

Bret McKenzie of Flight of the Conchords ended up winning an Oscar for one of those songs. James tells the story genially, though he’s rather despondent about it. He has a well-documented love-affair with the Muppets, calling Kermit “a beautiful spirit” and remarking how Jim Henson being Kermit was “such a magical thing.” At one point, My Morning Jacket was hired to write songs for The Muppets’ band Electric Mayhem, and even had hopes of touring the music in early-2000s Gorillaz-esque fashion. Versions of these songs – “Wonderful” and “Outta My System” – ended up on 2011’s Circuital.

Even though he says he likes McKenzie’s songs and calls it “a fair loss,” the chance to contribute to the Muppets’ canon was not one James lost lightly. It was an important factor in galvanizing him to start writing music for God’s Man.

“So I was really deep into the book, and just looking at it and thinking about, like, music for it. And music just started to come out of the book.” He says this like he’s talking about oil coming up from the ground – completely natural, but incredibly valuable. “Like the song “All is Forgiven” on this record I kinda wrote as the Devil’s theme musically.”

The track moves on a slithery horn section that sneaks down a dark alley, with a jazzy bass line providing the swagger you’d expect a guileful-yet-devilish businessman to carry. Keys haunt the background, and the drums progress from foreboding to downright threatening. Absorbing the novel while listening to the track, each of the Devil’s footsteps or the flutter of his cloak can be heard in those sax notes. 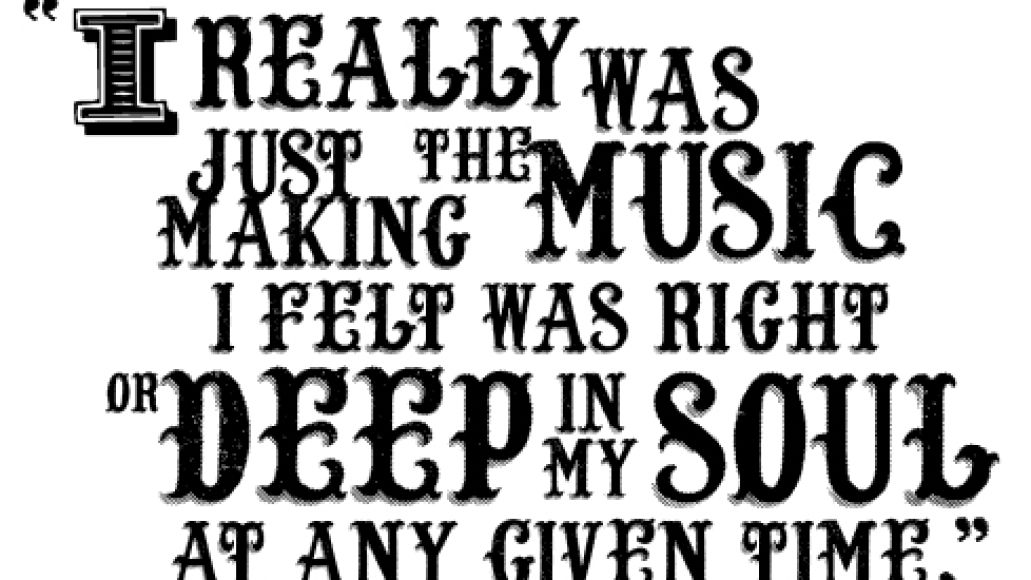 “Then the lyrics came later,” he continues. “Kinda from the artist’s point of view of hoping maybe in the next life that he could be forgiven in someway for making this choice.” He later explains via e-mail that “the lyrics blossomed out of my own life, but were still reflected back as themes for scenes I was working on.”

He adds that the folksy-cum-big band “A New Life” is about when the artist and his wife have their child and begin their life together, and the slow burning fire of “Dear One” is “kinda about their love and their falling in love together and feeling all that.” “Know Till Now” provides the bewildered bed of soul for the artist’s rise through the city’s ranks, while “Actress” is a pensive reflection on the mistress the artist meets in the second act.

Not all of Regions of Light and Sound of God is based directly on God’s Man. “State of the Art”’s ruminations on modern technology’s effect on society and the seraphic “Of the Mother Again” weren’t conceived as score pieces, though James says he thinks they “could fit.”

On the same token, not all of the material based on the book is entirely disconnected from James personally – including the darker beats. One night in October of 2008, the story of God’s Man and James’ own life intersected in ways he could never have hoped to envision.

Jim James: Build It Up Strong