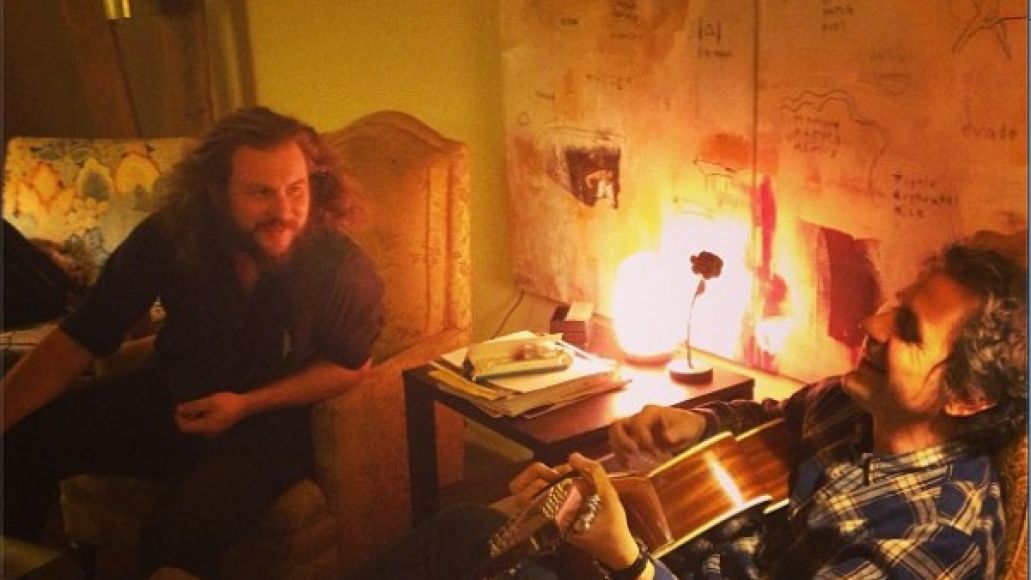 “I have pretty much recorded two full albums,” Wareham told Backstage Rider. ”One produced by Jim James (My Morning Jacket) in Louisville, Kentucky, the other produced by Jason Quever (Papercuts) in San Francisco. At some point these will be released under my name, but label and release date are still to be determined. Band is myself, Britta and Anthony LaMarca (our drummer) plus contributions from Jim James and Jason Quever respectively.”

Philips also spoke with Backstage Rider, giving an update on her solo album:

“My solo project is not nearly finished (I’ve been busy recording with Dean). [San Francisco producer] Scott Hardkiss and I have recorded a bunch of covers, including “Drive” by The Cars, and “Landslide” by Fleetwood Mac. It’s a mix of electronics (drum machines, synths) and real bass and guitar. Mostly mellow tempos so far, but there’s one original song that one could dance to. It started out as an instrumental track Dean and I recorded for Noah Baumbach’s new film, Francis Ha!”