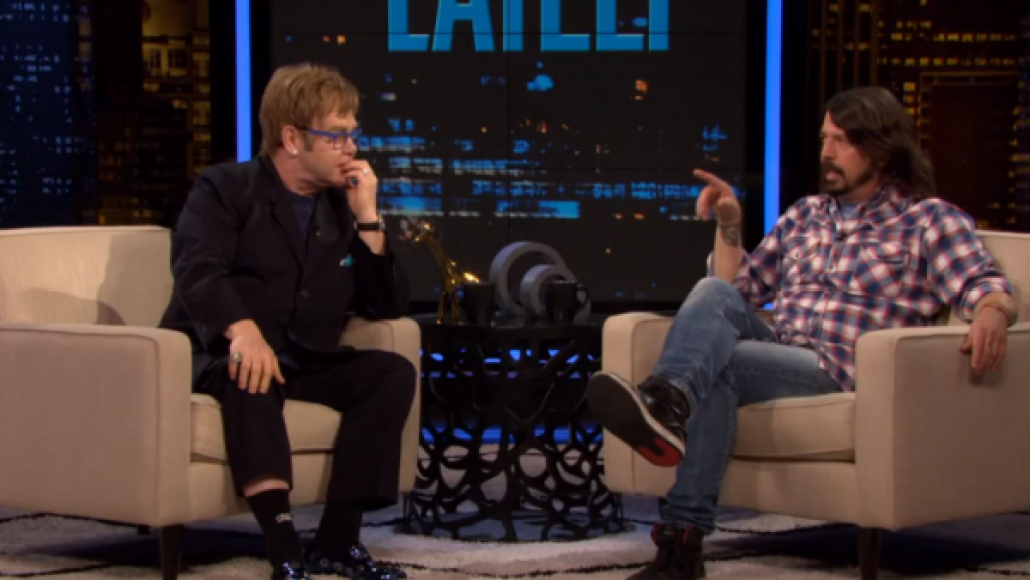 Who else is on Queens of the Stone Age’s new album? At this point, the better question is who isn’t. Previously, we reported that Josh Homme recruited Dave Grohl, Trent Reznor, and Nick Oliveri, and now comes the revelation that Sir Elton John — ya, that Sir Elton John — will also be featured.

The Rocket Man himself broke the news on last night’s episode of Chelsea Lately, which was once again hosted by Grohl. ‘”Recently Elton and I recorded something together, something people wouldn’t imagine the two of us doing together,” Grohl noted.

John went on to describe the experience as a “mind fuck,” and expressed relief that he wasn’t asked to perform a ballad. He added, “Nobody really asks me to do stuff, they think I’ll say no.”

Other confirmed guests on the QOSTA album include Scissor Sisters’ Jake Shears, Mark Langegan, and Brody Dalle, as Antiquiet points out. Still no word on a release date, but we’ll keep you updated.

In the meantime, watch John’s full interview with Grohl below.