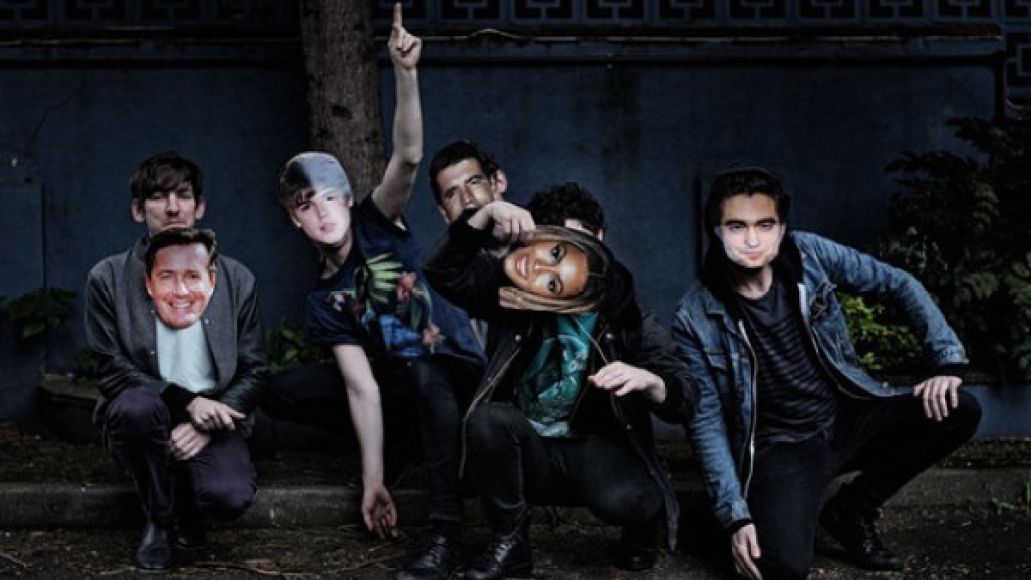 Foals’ blend of sharp, angular guitars, spaced-out moments, and seemingly complex layering is coupled with an eclectic and slightly experimental approach to pop music. Whether considered post-punk, math rock, or even dance-punk, the UK outfit exist outside such simplistic labels. Holy Fire, their third full-length, once again evolves and sharpens their sound while expanding upon the band’s foundation with rich textures. In anticipation of its release, Consequence of Sound caught up with guitarist Jimmy Smith to discuss what makes Foals a band that is bigger than the sum of its parts.

You all said of your last album that it would sound “like the dream of an eagle dying.” How would you describe the sound of Holy Fire?

[Laughs.] Yeah! Ohhh, the eagle getting stuck in the swamp… just before it died.

Foals does tend to be morose and serious in some of your song topics. Why so serious?

Your previous album [2010’s Total Life Forever] was informed by an interest in the philosophy of futurology, with the title itself referencing the technological singularity. When you announced Holy Fire’s title on your Facebook page, included was the comment “and it’s like meaningful or something.” Was there a guiding beacon for Holy Fire the way there was for Total Life Forever?

[Laughs.] Um, I don’t think it’s tied so heavily to a concept, this record. I think the idea of holy fire and why we called it Holy Fire is because it is kind of powered by this burning energy that we allowed to be pretty free. We just wanted to have a bit more fun making this record.

Vocalist Yannis Philippakis made a comment that prior to this album there had always been a sort of self-censorship within the band. But working with Flood and Alan Moulder kind of broke you of that. How did producing with Flood and Moulder allow you to express yourself more freely?

They just brought with them a trust and a security. Basically, they have so much experience with making records, so we didn’t have to worry so much about the record going in the wrong direction. We just didn’t feel the need to censor ourselves that much anymore. And plus, it gets pretty draining doing that after a while.

You’ve always had a lot of control of your music and a lot of say as to what you wanted to express, so why do you think there was that censorship?

I don’t know; it was just part of who we were, really, and how we still are. We’re very precious about our music, and we always want it to be the absolute best. I think we just have quite a high quality control within the band. Before stuff even leaves the practice room, stuff gets canceled out and shot down. I don’t know why we’re like that, but I think the older we get, it’s getting less and less. 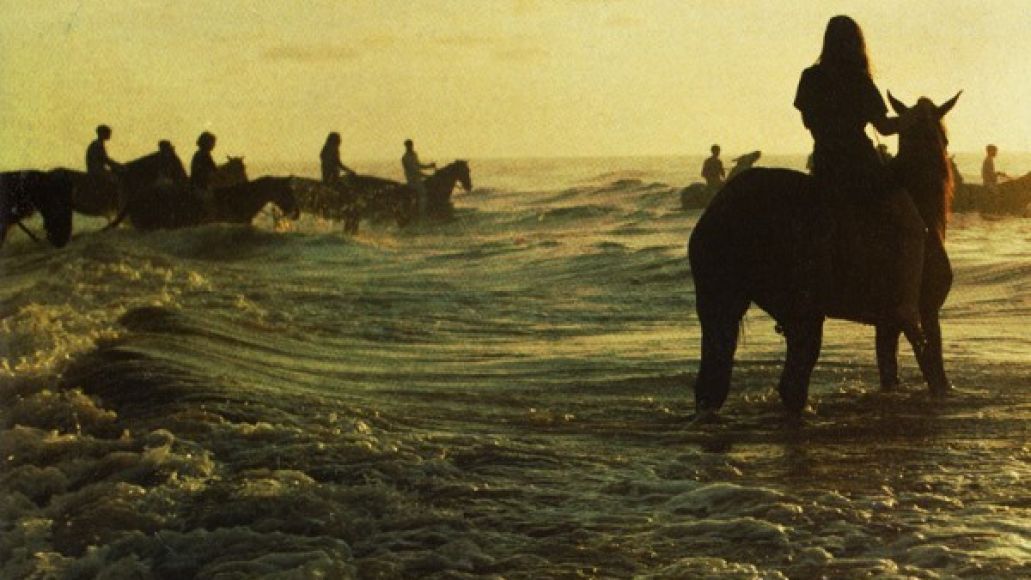 In December, you previewed the album by touring the UK, and you’ve done that before with previous albums. Since the album isn’t set to drop until mid-February, is there any thought of going back, revisiting the studio, and reworking some of the songs after you’ve played them live?

There is definitely an evolution of sound, but there is something about Foals that when you listen to it, you know who it is. You’ve still maintained the core of who you all are. This leads me to my next question, about “Inhaler”.

This song is probably one of the most brutal songs in your entire catalog. Where did this song come from, and why did you release it as the first single when it is unlike anything else on the album?

[Laughs.] I don’t know why we did that. That was kind of career suicide, but it actually paid off. It’s kind of like what we did with “Sahara” [“Spanish Sahara” off Total Life Forever], release a song that people aren’t really expecting. We thought that one would be a bit more of an opinion divider, “Inhaler”, but it seems that people actually really like it. That’s quite interesting, “Inhaler”; we kind of half-wrote that on the last tour. When we used to play “Miami” live, we used to do like a two-minute jam afterwards, and that’s kind of where the beginning of “Inhaler” came from. That’s where we discovered the groove for that song. And then Yannis would have this fat riff lying around and would be like, “Hey, check this out.” It just came from that.

It was once said that Foals was a contradiction between doing what you’d like to do and what you need to do. This new album has also been described as an album of contrasts, vacillating between the experimental and pop, but existing outside of those realms. How do you manage to become bigger than the sum of your parts?

[Laughs.] I don’t know. I’m not really sure how we do that. It’s all very natural. We try not to over-think things. We’re always interested in experimental music. But as much as that interests us, if that was all we did, then it would become quite boring. We like the challenge of trying to make pop music. It’s nice to have the tension between those two sides of our music, especially when we’re writing. Like in the room, it’s really exciting to go from one to the other. They affect each other. And that’s what was interesting about this record, each song having a different world to it. They all react with each other and eventually form this total environment. I don’t know whether we succeeded or not, but that’s kind of what it felt like when we were writing it, especially when we were recording it. Towards the end when all the songs started to be finished and it started coming together.

You once said that it was great always being together on and off the road, like one big family; do you all still live together?

Me and Yannis still live together, but we’re slowly going our separate ways. Not far. We live in London; Edwin [Congreave, keyboards] lives around the corner. When we wrote this record, we were all living together.

Well, my next question was what’s going to happen when you all start getting married and moving out – unless, of course, you have really understanding wives….

Yeah, well, our girlfriends are pretty used to everyone as well. We’re just one big, happy family. But yeah, I think there’ll come a point where there’ll be a nod and a wink and “Ok, see ya later.”

Now, I know that this may be putting the cart before the horse, but you had already started working on Holy Fire when you were promoting your last album; have you even started thinking about the next album yet?

No, not yet. That usually happens halfway through touring. Usually during sound checks is when stuff starts happening.

When does the tour start?

The tour starts next week in Australia, which is pretty sweet, even though apparently it is like the apocalypse over there at the moment.

With all the fires?