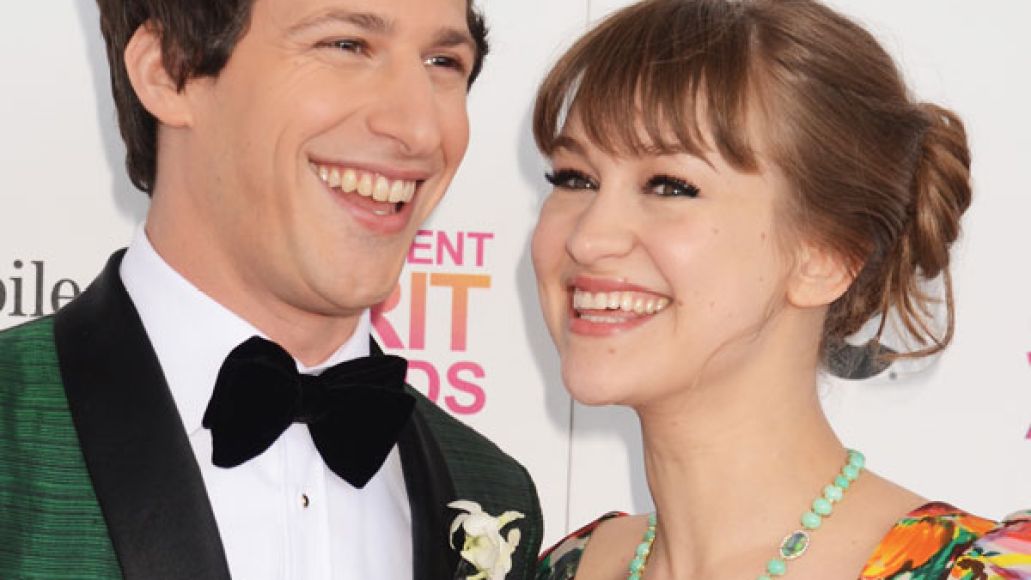 Music’s most “Well, I–I’m just glad you’re happy” couple are soon to be married. Consummate harpist and songwriter Joanna Newsom and Lonely Island member/former SNL actor Andy Samberg have just gotten engaged, according to Us Weekly. The cognitively dissonant couple have been dating for five years, unfortunately with nary a musical collaboration between the two.

In non-matrimonial news, Newsom teased a new song at some live gigs last year, her first new solo material since her 2010 album, Have One On Me. That triple album featured many-a love song presumably about Samberg, where she sings about how she fell for him “as easy as falling asleep.” Listen to Newsom’s affections on the standout Have One On Me track “81”, live on Later with Jools Holland.