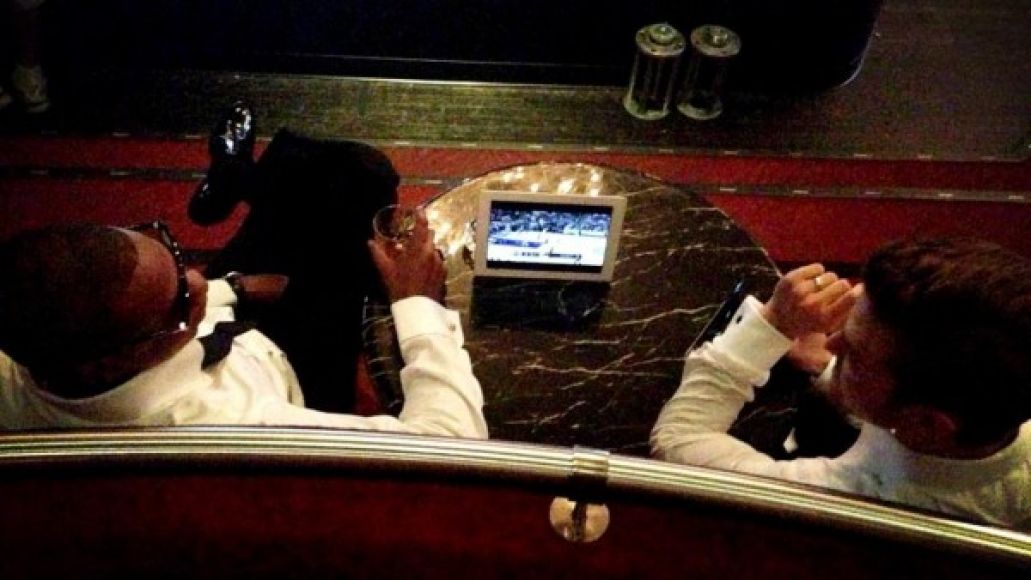 Justin Timberlake will perform twice on the night of February 10th: Following his appearance at the Grammys, Timberlake will take the stage at the Hollywood Palladium for his first proper concert since October 2009.

Up above is a picture Jay-Z tweeted following their film shoot last weekend. How much money I’d pay to be a fly on that wall.

Below, you can watch the lyric video for “Suit & Tie”.