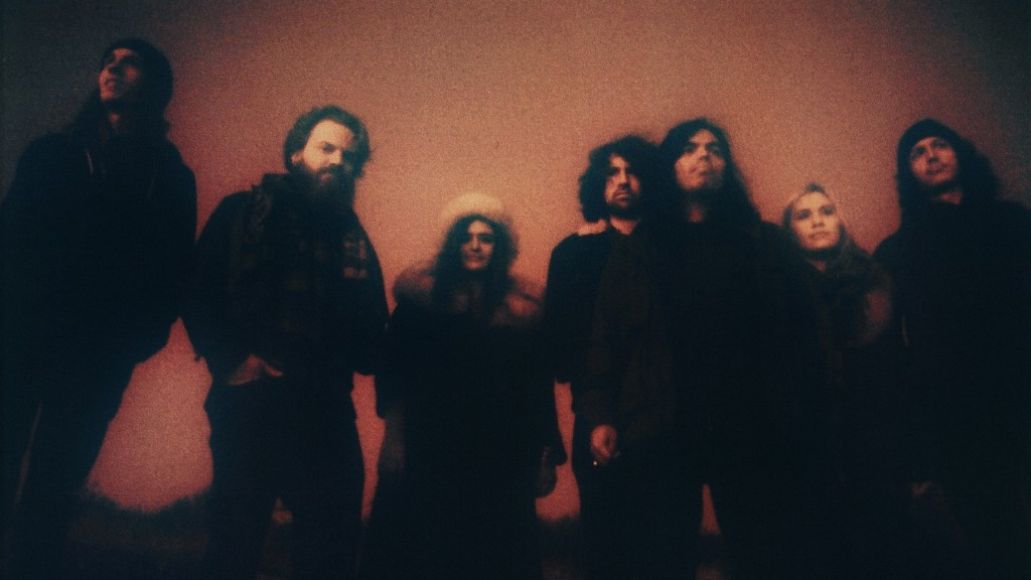 Seattle seven-piece Rose Windows place themselves under the musical banner of “Insufferable Psychedelic Garbage”. But based on “Native Dreams”, the lead single off their debut LP The Sun Dogs, we think they’re being far too hard on themselves. The new label, Sub Pop, would probably agree.

Rather than dump out tie-dye refuse, the outfit have forged a blend of nuanced and ballsy psychedelic folk-rock that takes its cues from Earth, Black Sabbath, Tinariwen, and the storied history of delta blues. With a vintage organ weaving up and down like a massive snake, they pile on burned-out guitars, bits of rambling bass, a little flute, and some soul-shattering-ly intense vocals for a tune that’s anything but “insufferable”. Stream and/or download the track below in exchange for an email address.

The band will also be on tour this spring, with stops at South by Southwest and Sasquatch! Consult their full schedule below.