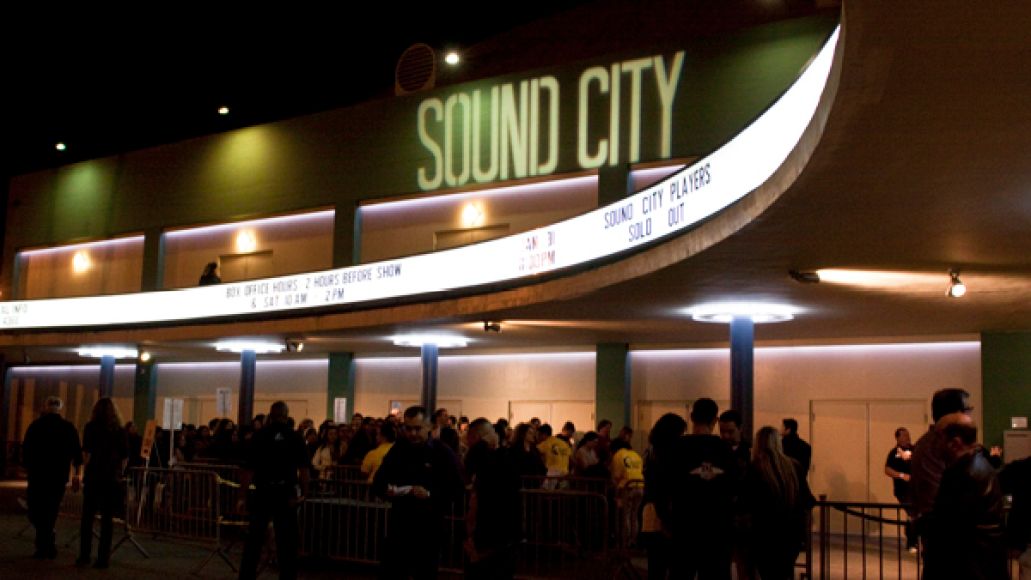 In a city where movies premiere every night and streets flood with stars, there was only one place to be Thursday evening in Hollywood: The Palladium. Foo Fighters frontman Dave Grohl not only premiered his much-hyped Sound City documentary, but also strung together the studio’s regulars for a rock ‘n’ roll history lesson on stage shortly after.

“Ladies and Gentlemen, we’re gonna be here for awhile,” Grohl shouted during an early intermission. Many diehard fanatics up front spit back, “We have been here awhile,” alluding to the fact that they’d been waiting in line since earlier in the afternoon.

They were treated well, though. With Foo Fighters as the night’s proverbial house band, Grohl welcomed a number of guests to perform collaborations off the film’s accompanying soundtrack, Sound City: Real to Reel, in addition to selections from a number of the guest’s respective catalogues. 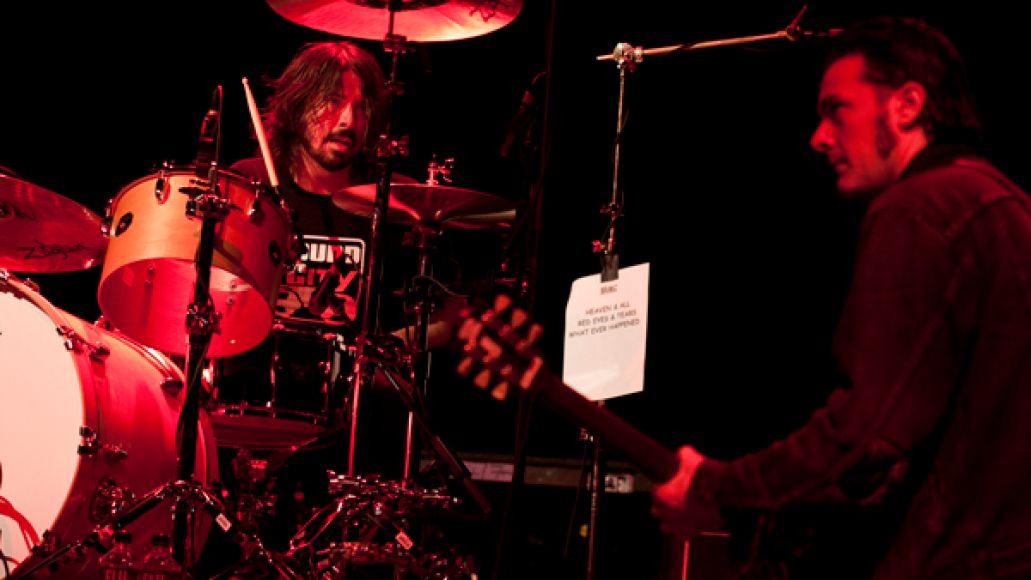 Early on, Grohl swung the bass guitar alongside Brad Wilk of Rage Against The Machine and Chris Goss of Masters of Reality for their collaborative track, “Time Slowing Down”. While many of those same diehards screamed for Rage hits, they would only get them on the PA during breaks. They did get to see Grohl behind the drum kit, as he assisted Black Rebel Motorcycle Club members Robert Levon Been and Peter Hayes for breezy, semi-sloppy cuts of “Red Eyes and Tears”, “Whatever Happened To My Rock And Roll”, and Real to Reel track “Heaven and All”.

From the heavy and the hard, to the fast and speedy, Lee Ving was the next guest to grace the stage and rile the crowd up. While the punk set ignited a little pit, the overall angst just wasn’t what the crowd needed. What they needed, however, was an assortment of Cheap Trick classics, all performed by Corey Taylor (of Slipnot), Krist Novoselic (formerly of Nirvana), and Rick Nelson (of Cheap Trick). “I want everyone here to help me sing this son of a bitch,” Taylor exclaimed before taking the lead on “Surrender”. Moms, dads, kids, grandparents, and groupies all obliged with their fists to the air. 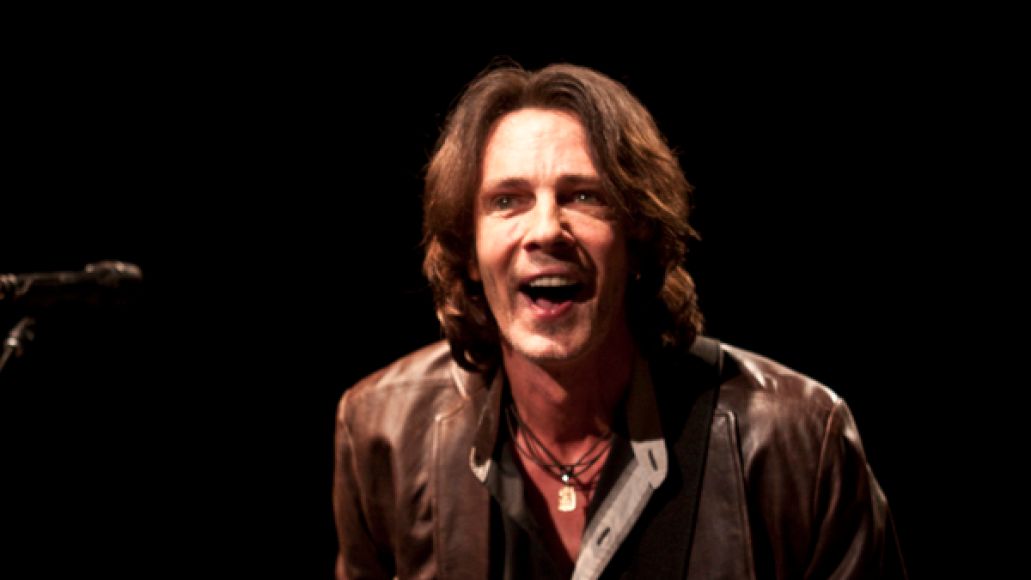 It didn’t seem like it could get much better than a full crowd sing-a-long but it did. It just took another guest — one with “three fucking chords,” as Grohl hinted. And as soon as those three chords were plucked, the Palladium erupted as the Foo Fighters supported Rick Springfield during a fiery rendition of “Jessie’s Girl”.

John Fogerty shuffled on up to follow with by far the longest set of the night. Several Creedence Clearwater Revival classics — “Travelin Band”, “Born On The Bayou”, “Bad Moon Rising”, “Proud Mary”, and “Fortunate Son” — were given makeovers by Grohl & his Foo Fighters, a backing cast that was a little more grunge rock than his normal swamp grass buddies. Fogerty could hardly contain that grin of his. 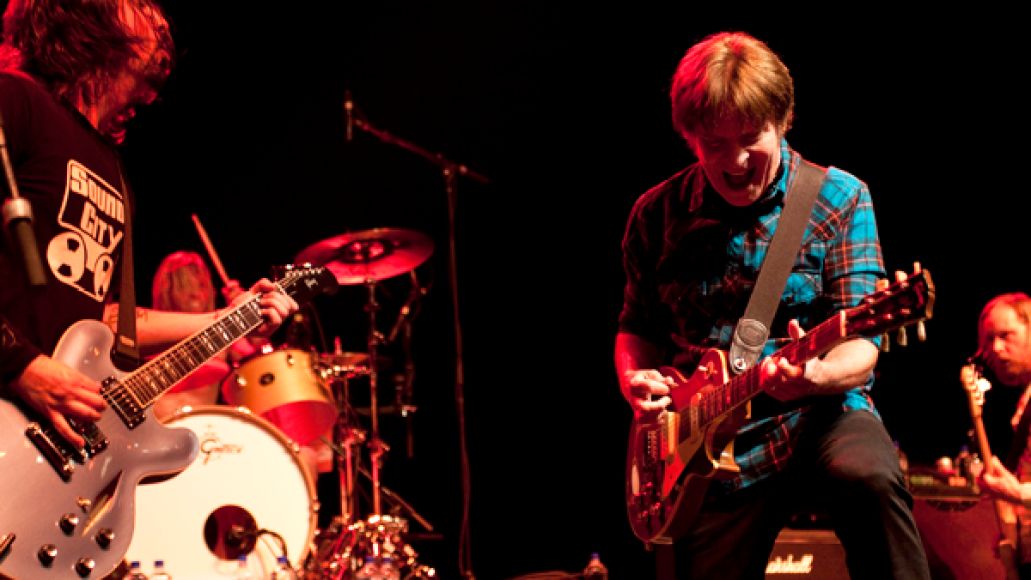 With a night that was fast becoming a history of the men that recorded at Sound City, it only seemed fitting that a lady would properly end the night. Behind a pair of thick black shades, Fleetwood Mac’s Stevie Nicks came out to discuss her recent Real to Reel collaboration (“You Can’t Fix This”), which involved a heartfelt story about a godson who had overdosed at a college party at the early age of 18. If people’s hearts weren’t already being tugged, they openly broke when Grohl was handed an acoustic and Nicks took the vocal lead on a “Landslide” duet. Five thousand souls kept quiet in unison, which was special enough in itself.

And that is just what the Sound City Players show ended up being: something special for fans both new and old to remember for years and years. Admittedly, the rare collaborations took precedence over everything else — like, when will you ever hear a 10-minute plus rendition of “Gold Dust Woman” featuring Grohl and Nicks? — but altogether it was a loud reminder of a history that will never be forgotten. Simple because the music won’t let us. 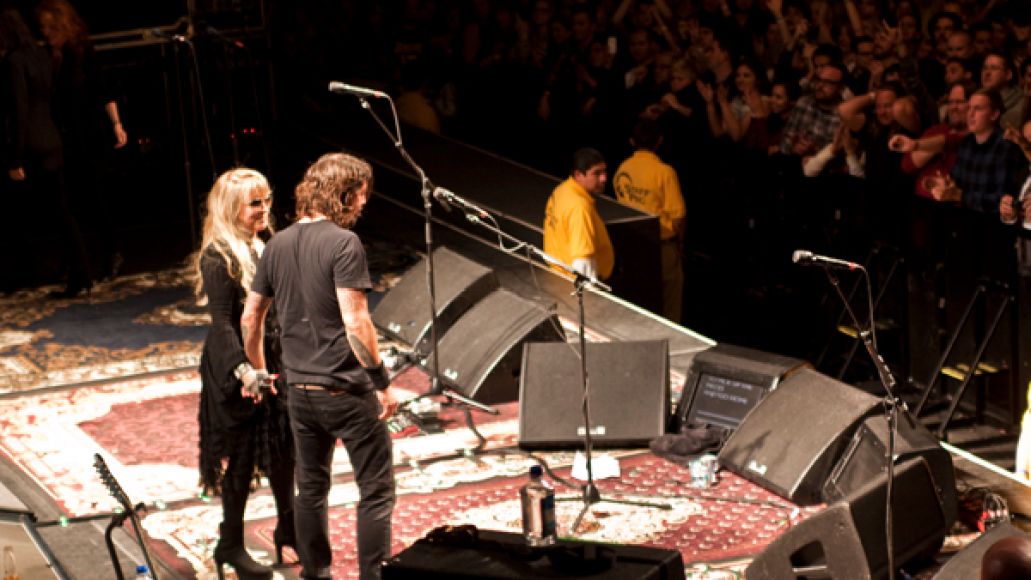