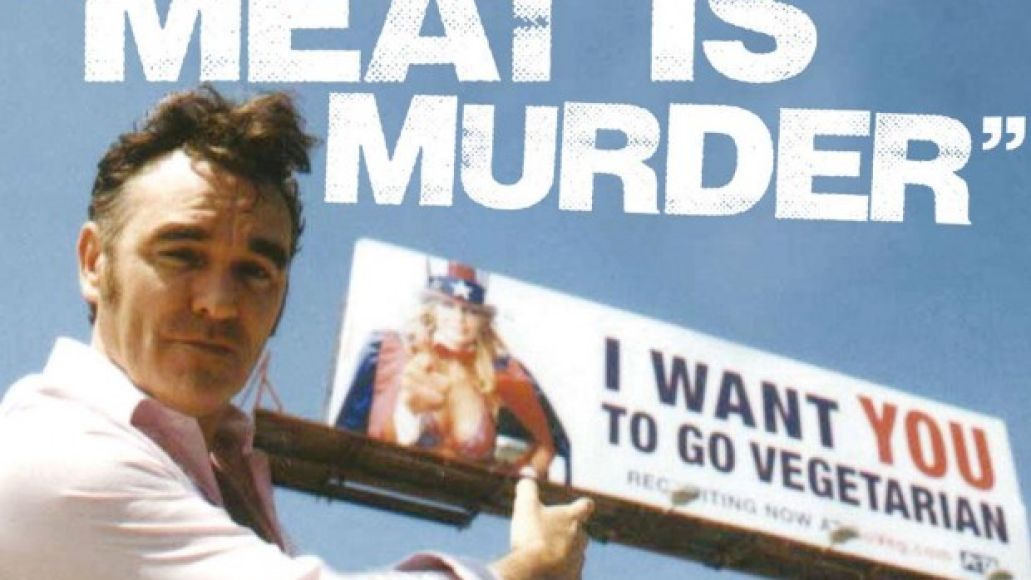 Clearly the person in charge of booking guests for Jimmy Kimmel Live! didn’t bother googling Morrisey’s name before slotting him on the same night as the cast of A&E’s reality TV show Duck Dynasty. Because they would’ve discovered pretty quickly that the musician currently picking a fight with the Staples Center over McDonald’s wouldn’t want to be in the same building as the Robertson family, whose Duck Commander business makes products for duck hunters. And for that reason, Morrissey is refusing to appear on tomorrow night’s episode.

Morrissey is thankful for being invited to perform on Jimmy Kimmel Live tomorrow, February 26. However, he cannot morally be on a television program where the cast members of Duck Dynasty will also be guests. Morrissey would be honored to play the show, if Duck Dynasty were removed.

The Kimmel appearance was to mark Morrissey’s first performance since postponing a slew of tour dates due to a bleeding ulcer. He’ll now make his return to the stage on February 27th in San Diego. Check out his newly expanded tour schedule below.

Alan Rickman Struggled to Finish Harry Potter While Battling Cancer: “See It Through. It’s Your Story”