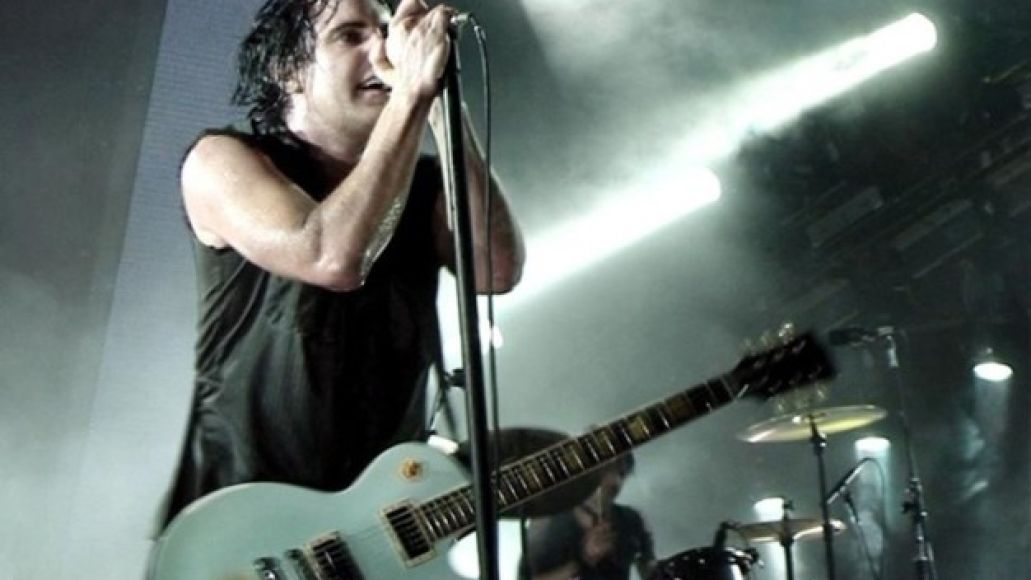 Late last year, Trent Reznor promised new music from Nine Inch Nails, effectively ending the years of speculation following the project’s 2009 hiatus. But with touring/promoting How To Destroy Angels’ debut, collaborations with Queens of the Stone Age, and his work as “creative chief” of Beats by Dre’s Daisy stream service, the timeline’s a little murky at best. To hold themselves over in the meantime, rabid NIN fans at Echoing the Sound have unearthed two videos of material from the Fragile era.

The first video features professionally-shot footage of the band’s performance at Australia’s Big Day Out from January 26th, 2000. The second is an MTV special based around NIN’s Fragility 1.0 tour across Europe from 1999-2000. While Reznor has revealed that he was “certainly not at my best” during this time, the intensity is undeniable as the band tear through classics like “Head Like a Hole” and “Terrible Lie”, plus a then-new cover of Queen’s “Get Down, Make Love”. Enjoy the hard-edged blasts from the past when you watch both videos below.