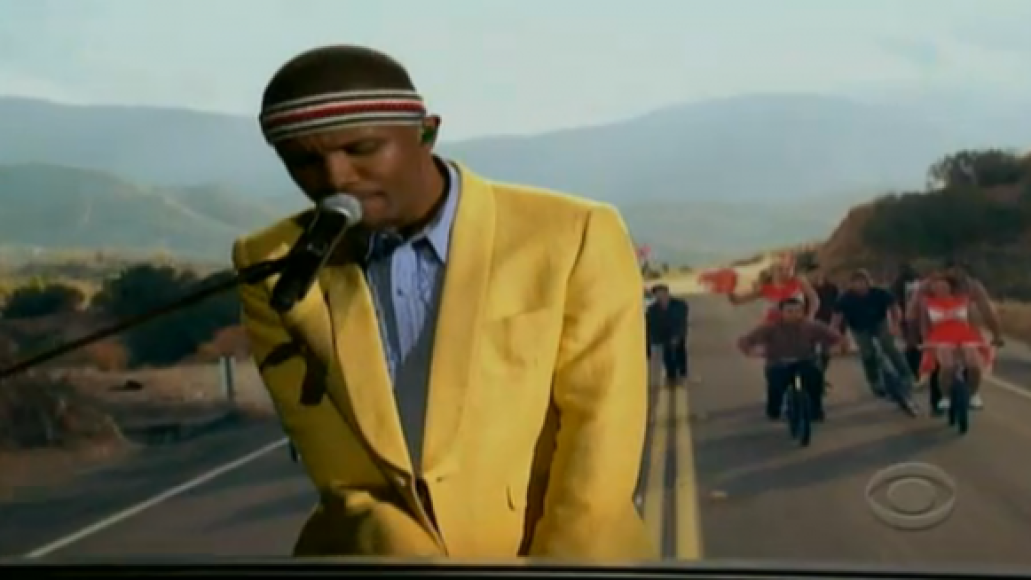 The 2013 Grammy Awards featured performances by Jack White, Frank Ocean, Justin Timberlake, The Black Keys, Mumford and Sons, and Miguel, as well as a tribute for Levon Helm featuring Alabama Shakes’ Brittany Howard Elton John, Mumford & Sons, and Mavis Staples. You can replay video of the performances as they appear below (via Mr World Premiere).

Mumford and Sons performed “I Will Wait”

Sting, Rihanna, and Bruno Mars joined forces for a Bob Marley tribute, which included performances of The Police’s “Walking on the Moon” and Marley’s “Could You Be Loved”.